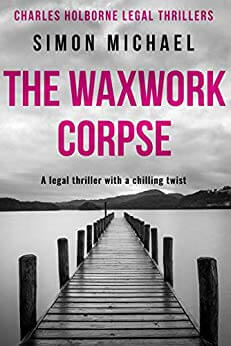 This is the latest book that Sapere have been kind enough to send me for review. It calls itself a legal thriller, but it shares many of the attributes of a police procedural. Think Law and Order with the emphasis on the lawyers.

Sapere sent it to me because it was described as a historical mystery. It has a prologue in London during the Blitz, which I felt caught the period better than many thrillers. Most of the book, though, is set in 1965. I can remember 1965, so, for me, it’s odd to think of this as a historical novel, but it meets the criteria that I use. It is a book firmly embedded in its period – so much so that I wondered if it was a reprint, but the copyright assures me that it was written in 2019.

Not only the period, but the legal procedures are totally convincing. At the end of the book there is a note about the author who, it turns out, was a practising barrister. His books are based on real cases and draw on his personal experience and this intimate knowledge of the law definitely shows through. Although it will appeal to lovers of the police procedural who are in the position of solving a whodunnit closely based on actual crimes, it can get a bit turgid at times. For example, court depositions are not literary works and many of them are reproduced in full. This can slow the narrative, but the subject matter is generally gripping enough and I would imagine that most people will have no trouble pushing through occasional dull passages.

Possibly in an attempt to keep the excitement level up, the whole book is written in the present tense. I did not particularly enjoy this approach, but I found that I was automatically putting all the verbs into the past tense as I read, so though it occasionally jarred it was not a huge problem.

I did not warm to the protagonist who is too much a creature of the plot to really come alive. He is provided with a family and a back story and these incidental characters are much better fleshed out than the hero, although I found they very often intruded because this was the only point at which I was aware of coming in in the middle of a series. The plot, though, definitely carried me along although the twist at the end did not come as the surprise that it should have.

Overall this is the sort of book that will appeal to people who like period piece detective mysteries. I imagine fans of Agatha Christie or even the Inspector Morse books, for example, may well be in for a treat.