The Walcheren Campaign in fact and fiction 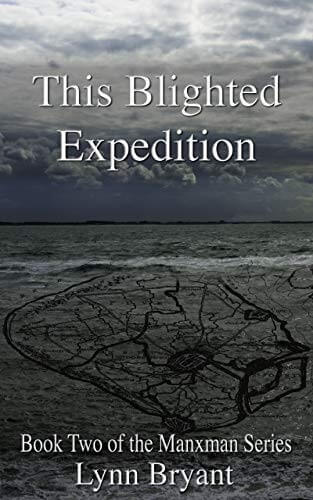 Lynn Bryant studied history at university and her books, though an exciting read if enjoyed as pure invention, are excellent primers on the history of the Napoleonic Wars. It does mean that any review of her books ends up being a discussion/instant summary of historical incidents, so I’m moving this from my occasional Tuesday book review slot to here on Friday. People said they wanted more blog posts about history, so history you will get.

‘This Blighted Expedition‘ is the second in a series of books about Hugh Kelly, the Manx captain of the fictional HMS Iris. You’ll probably enjoy it more if you read the first in the series (‘An Unwilling Alliance’) but you don’t have to have read that to enjoy this one.

The Walcheren Campaign: the facts

Captain Kelly is off to Walcheren, arguably Britain’s greatest military disaster of the early 19th century. Never heard of it? That is so often the way with great military disasters. (Don’t cite the Charge of the Light Brigade: this was a whole different level of awful.) Walcheren was an island that commanded the approach to Antwerp, where the French had a large number of ships that the British quite liked the idea of sinking. To do this, they would need to land on Walcheren and then leapfrog troops to Antwerp to capture the town. This was to be achieved by transporting around 40,000 troops in one of the biggest fleets ever assembled. What could possibly go wrong?

The answer is: practically everything. Delayed by poor administration and bad weather, the fleet set off so late that the French were prepared for them. Adverse winds meant that the Navy couldn’t provide the Army with its promised support. Maps were unreliable and details of French defences were out of date. The weather was appalling. Worst of all, it turned out that Walcheren was a breeding ground for mosquitoes that carried malaria.

The Army was struck down by plague of almost biblical proportions: four thousand died of malaria or typhoid fever. (Only 106 died in combat.) Many of the survivors were plagued with recurring bouts of fever for the rest of their lives (a typical problem with malaria). Wellington complained that troops sent to joint his Peninsular campaign after Walcheren were often hit with fever on arrival and were unfit for service.

So what line does the book take?

As with her other books, Bryant neatly interweaves romantic threads and straightforward military history in a way that many other authors find hard to get right. Hugh Kelly is still married to Roseen, the girl he courted in ‘An Unwilling Alliance’. She is now the mother of his young son and, though she has travelled with her husband on non-combat missions in the past, she is now firmly left behind when he sails into danger. News of the sickness in Walcheren, though, has her abandon her son with friends to sail to the Low Countries so that she can help to nurse the sick. It’s a credible plot line and the story benefits from her perspective as well as that of the fighting men.

Not that Roseen is the only romantic interest in the story. There are two other women who appear, one taking a significant role while the other seems more likely to feature in future books. The formidable Katja de Groot, a Dutch businesswoman, is a well-drawn and fully realised character, who takes up with a British soldier who is billeted on her. The other, a British girl who is one of the startling number of hangers-on who have come to see the fun, is more sketchy. She’s a sweet young thing whose father is a brute and who is being shown-off to any putative husband with the money or connections to improve the family’s social connections. The ending suggests she will return. One of Dawson’s characters is smitten: “She is intelligent, witty and very lovely.” We are, I am sure, going to discover her hidden depths in the future.

The number of romances gives an idea of the sheer scale of Bryant’s book. We follow not only Captain Kelly and his remarkable First Lieutenant Alfred Durrell, but a lot of the soldiers they work alongside. Many of these are in the fictitious 110th Regiment whose adventures in the Peninsular are the subject of her other series, the Peninsular War Saga, which allows her to have already fully developed characters available for this book. Reading the Peninsular War Saga may mean you enjoy ‘This Blighted Expedition’ even more, but I’ve read only the first in the series and I had no problems with understanding the nature of the 110th.

Durrell is attached to Home Popham, the ambitious post-captain who, despite his lowly rank, is widely credited as the man behind the whole disastrous expedition. Durrell is also an acquaintance of Lord Chatham, the nominal commander of the enterprise. Through his eyes, we see the way that the expedition is led and some of the inter-personal and inter-service squabbles that contributed to the disaster.

It is a tribute to Bryant’s skill that, except for some junior officers, she keeps the vast cast well delineated so that even a moderately inattentive reader like me seldom finds himself muddling his characters together.

There is a certain amount of military action which provides some excitement, but most of the drama takes place in the meetings of senior officers. Bryant takes the line that Lord Chatham was set up to take the blame for Walcheren because it was politically expedient for him to become the scapegoat, although we are left in no doubt that Popham is the villain here.

Bryant’s research is impeccable. As a writer of military historical fiction myself, I am absolutely in awe of the depth of her research and the amount of detail she integrates into her plots. When it comes to the politics of the Walcheren campaign she relies a lot on Jacqueline Reiter’s book, ‘The Late Lord,’ which I reviewed a few weeks ago. It’s a reasonable approach as Reiter’s book seems to be the definitive account. She does, though, get caught up with Reiter’s interest in the way that Chatham was treated after Walcheren. There was an Enquiry by the House of Commons sitting as a committee and Chatham was, as the phrase goes, stitched up like a kipper (allegedly).

Once everyone is safely back in England, Bryant carries on with a view of the enquiry. Durrell is called as a witness, so we get to see things close up. Unfortunately the way that Lord This was trying to get one over on Lord That and that Mr Somebody was trying to do down What’s’isname requires more than a casual interest in the politics of the period. Pop quiz: who was the Prime Minister in 1810? If you don’t know (it was Spencer Perceval) then this will not be your favourite part of the book. It’s one of those cases where the history in historical fiction beats the fiction to a slow and painful death.

Don’t let the political coda put you off. Bryant makes it as interesting as it could be and there’s lots of fun with the characters we have come to love at Walcheren as they try to get back to normal life – or as normal as it could be in a country still at war.

There is still a young girl’s love to be won, reputations to be made and battles ahead to fight.

Bryant is a lovely writer with a nice prose style and the ability to fill a story with exciting incident. She blends real historical detail with complete fabrication in a way that leaves you unable to see the joins. It’s a book that kept me reading late into the night.

‘This Blighted Expedition’, despite its slightly damp-squib ending, is a fantastic read. The ending isn’t an ending at all, of course (always a potential problem with series books). To find out how everything finally works out, I’ll be reading the next book to follow the life and times of Captain Hugh Kelly and his wife as they sail on through the Napoleonic Wars.