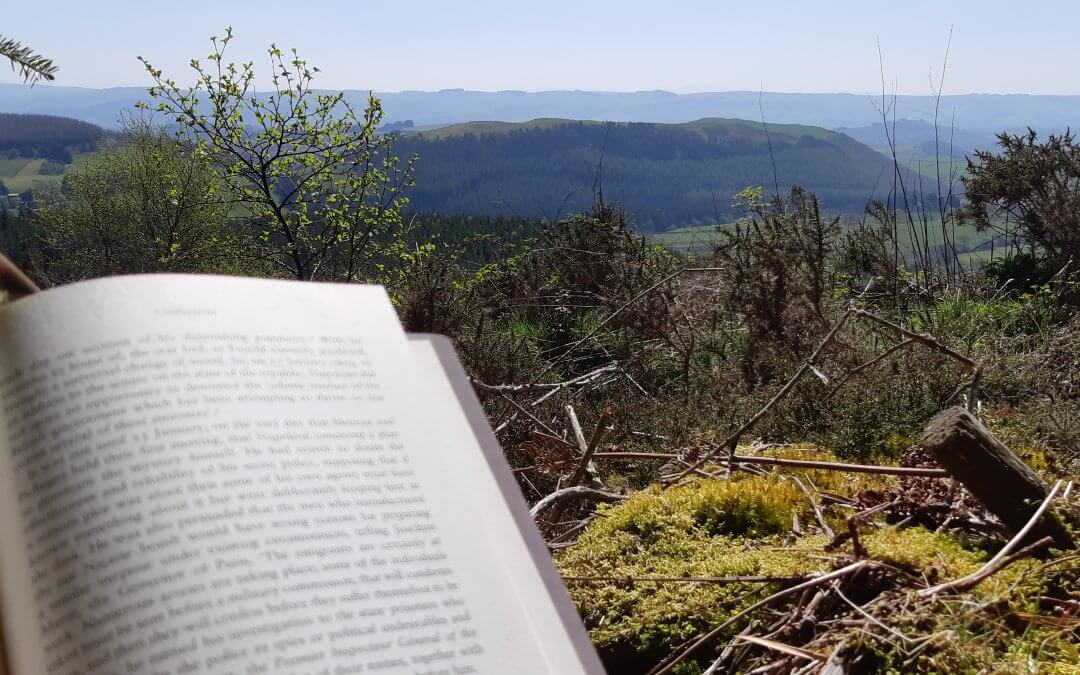 This isn’t a book review site, but 2019 saw around two dozen books reviewed. It seems sensible to give a quick summary here, with links to the original reviews for anybody who wants to read more about them.

At the end I do ask if people have any thoughts on what they would like me to write about next year. Please take a quick look at that and use the ‘Comment’ boxes to give me some feedback. Thank you

Because this is primarily a history blog, most of the reviews are of historical novels. I’ll sort them by time period.

Some authors made repeat appearances in 2019. Two of Deborah Swift’s books featured: The Gilded Lily, and A Plague on Mr Pepys, both set during the Restoration and both excellent reads. The Gilded Lily will appeal more to Young Adults, but both can, in my opinion, be enjoyed by all age groups.

There were also two books by M J Logue, also set in the Restoration: Abiding Fire and A Deceitful Subtlety. Both are enormous fun and I do recommend them.

Also sort of in the Restoration is Jemahl Evans’ Of Blood Exhausted. The action of the book takes place during the Civil War, but the narrator is telling his story from the time of the Restoration. It’s the third of a series that starts with The Last Roundhead and you do need to read them in order to have any idea of what is going on, but if you’ve enjoyed the first wo, you will enjoy this one.

Moving towards the present day, we have The Wolf and the Watchman set in Sweden in 1793. This is a truly remarkable book, though not a pleasant read. Definitely one of the best things I read last year.

Only one of the books I reviewed this year was set in the Napoleonic era: Lynn Bryant’s An Unwilling Alliance. It centres on the British attack on Copenhagen in 1807. It works well as historical military fiction, but it is also an excellent love story. For once, love story and adventure yarn manage to complement each other in a way that seems to give many authors a lot of difficulty. (There’s a reason why there’s not a lot of romance in my Burke series.) Lynn knows her history and she can write. Recommended.

Burial Rites is one of those books where very little happens but which is absolutely gripping. It’s set in Iceland in 1828 and apparently based very closely on an actual event. I can’t sum it up in a couple of sentences – read the review and then I hope you will go on to read the book. Another serious contender for my book of the year.

I reviewed a couple of books that described themselves as Victorian mysteries. Both were competently written. Jean Stubbs’ The Painted Face is more an exploration of the mind of one of the protagonists than it is a conventional detective story and I’m not sure it quite comes off, but it’s provides pleasant enough descriptions of Parisian life in 1902.

Marilyn Todd’s Snap Shot is set at pretty much the same time. The plot bowls along with plenty of gruesome deaths and a little bit of sex to keep the pages turning. Finding out whodunnit came as a surprise, but not so much of a surprise as to make me feel cheated. It’s frothy and it’s fun and it has a convincing historical background.

In a world outside of history as we know it

The Castle of Otranto isn’t your regular historical fiction, but I reviewed it after a visit to Strawberry Hill House, Walpole’s fantasy Gothic castle which was designed to reflect the setting of the story. Published in 1764, it’s widely regarded as the first Gothic novel. It’s a curiosity piece rather than a book you would read for its literary merit but it is fun and worth a look. (It’s very short, so it’s not going to take long to read.)

I reviewed three works of historical non-fiction in 2019: Rees-Mogg’s book on the Victorians, Tony Gould’s Imperial Warriors and Weirder War Two, a collection of weird facts or nearly-facts or might-have-been facts about the Second World War.

Gould’s history of the Ghurkas and their role in the British Army is easily the best of the three. Rees-Mogg’s book got a lot of critical attention, but you can make a decent argument that Weirder War Two is the better piece of historical writing. It’s certainly more fun to read.

It’s all very well reading the odd literary masterpiece, but, like a lot of people, what I really like to do at the end of a day of reading serious stuff about old generals and suchlike is sit down with a good thriller.

Lots of people are quite snooty about thrillers. In fact, it’s really difficult to write a good “bad” book. Scandinavians seem pretty good at it (too many long nights with not enough to do?) and I had a couple of Scandi-noirs on my list this year: The Cabin and The Island.

Away from Scandinavia, the British writer, Sally Spencer (who does some nice historical mysteries as well) has taken to setting stories in the USA. Violation is an enjoyable read, though the subject matter (assaults on very young girls) is a bit disturbing for what is essentially a lightweight work.

The last book that fits more or less in this category this year was Tannis Laidlaw’s Half-truths and Whole Lies. It’s a bit different from the usual thriller, being a story of Machiavellian professors lying and twisting their way up the academic greasy pole. It’s a lot of fun. albeit with the required melodramatic conclusion. (If you’ve never worked in academe, you may think it’s an improbable tale but it really isn’t.)

Terry Tyler is one of those self-published authors who give the lie to those who say that everything worth reading has come through a conventional publisher. In fact, Terry encouraged me to move into self-publication myself with Dark Magic and I have been pleasantly surprised by how much freedom this gives a writer.

Terry has written a range of different kinds of book, from short stories and light romantic fiction to dark post-apocalyptic fantasies. The common thread to all of them is that Terry is just a very good writer. She doesn’t produce high blown literary fol-de-rols but solid light prose which makes her books easy to read and keeps you turning the pages. It’s a hugely underrated skill.

Book of hers I have reviewed this year are Round and Round (fantasy/romance), Hope (dystopian fiction, which reminds me a bit of 1984) and Blackthorn (post-apocalyptic)

I don’t usually review poetry, but I took up an invitation from Australian poet Frank Prem to read his “blank verse memoir” Small Town Kid and, rather to my surprise, I loved it. I went on to read two more of his poetry collections, Devil in the Wind and The New Asylum. All three are astonishing. Devil in the Wind, about the Australian bush fires of 2009 has a particular resonance right now. I do strongly recommend it.

My final mention is for a book of non-fiction about how we respond to messengers rather than messages. In the decade that brought us Trump and Johnson, this should have been a fascinating book but, sadly, I found it irritating – neither an easily read series of anecdotes nor a serious academic study, it repeatedly overpromised and underdelivered.  It’s a subject close to my heart, though, so I’m afraid I wrote quite a long discussion of it. If you read that, you can probably skip the actual book.

My books of the Year

It’s impossible to pick out one book. Even amongst those I have reviewed, there are so many different kinds of writing . Three, though, did stand out as particularly worth reading. They were (in no particular order):

The Wolf and the Watchman
Burial Rites
Devil in the Wind

What do you want to see in 2020? I started out just reviewing historical novels, but occasionally I get sent books for free (especially through the rather wonderful NetGalley, which I do recommend) and these come with a sort of implicit expectation that they will be reviewed. That means that they find their way onto my blog where they are not necessarily a natural fit. But people do read them and I imagine some writers (although not all) appreciate the additional exposure. But, honestly, my views on a thriller like The Cabin are no more valid than yours and what I enjoy reading won’t necessarily appeal to you and vice versa. Do you read the reviews? Do you enjoy them? Would you like to see more? Or fewer? I’m thinking I might focus more closely (though far from exclusively ) on historical novels next year. What do you all think?

Do let me know in the comments below.