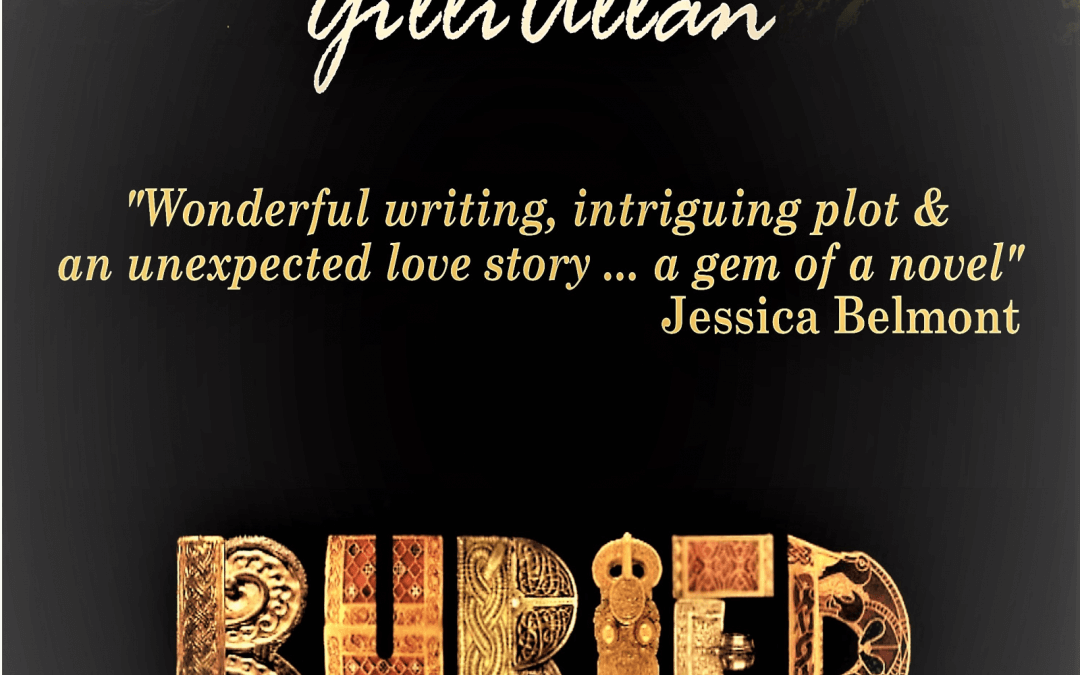 I do hope you’re not getting bored about book covers. My essay last week didn’t get nearly the attention that was given to Anna Legat’s views on cover design back in May but maybe it was me rather than the subject matter. Let’s hope so, because this week with have Gilli Allan with her take on covers.

Book Covers are an Art in Themselves – A subjective view

There is only one book I recall buying because of its cover. I was twenty and browsing in Menzies, on the Strand in London. Black with a pale gaunt face looking out, the cover remains a strong visual memory. (Inexplicably I can find no trace of it online!) Intrigued, and entirely at a loss which name – Titus Groan or Mervyn Peake – was the title and which the author, I picked it up from the shelf. I’m not a fan of fantasy, but Mervyn Peake’s masterpiece, the Gormenghast trilogy, became an obsession and remains one of the stand-out literary experiences of my life.

Covers can be misleading, though. As a young woman I can easily recall my outrage when a novel adorned with a pretty blonde in a crinoline, turned out to be a Regency tale of a dark-haired heroine.  Or worse, when the hero proved to be a bearded redhead, but the handsome chap on the cover had been dark and clean shaven.  It was just WRONG!

Now I never choose a book because of its cover.  Which isn’t to say I don’t judge. There are covers I like and covers I definitely don’t. Those that make me pause and look twice are covers whose message is unclear. Anything enigmatic or atmospheric, or quirkily symbolic, or dominated by particularly magnetic colours, is far more likely to catch my eye. Will that be sufficient to make me buy?  No.  I have reached an age when I only read what I know I will like!

Am I lazy? Prejudiced? Intellectually unadventurous?  Blinkered?  Maybe all those things.   I pick my reading from a list of authors I already admire, or from reviews on Arts programmes and newspapers, from word of mouth and from award-winners in favourite genres.  I don’t even read blurbs because I prefer to be surprised!  I certainly pay no attention to the covers.

My all-consuming hobby as a teenager was writing, but I would not show my soppy ramblings to anyone other than the two friends I insisted listened to my stories. Art was my best subject at school, and though English came second in enjoyment, my returned homework rarely received more than a B and the quantity of red scribbled corrections convinced me I was no good.

I stopped writing when I went to art school. It was only after a career of more than ten years as an illustrator in advertising that I decided to try writing again. This was not in response to a sudden creative flowering. After becoming a mother, I didn’t want to return to the hassle and stress of work! Writing proved to be an occupation I could easily fit around being a stay-at-home-mum. The biggest bonus of that decision was the joy I discovered in revisiting my “soppy” hobby.

My first two novels swiftly found a publisher. The pre-digital Love Stories – characterized at the time as “The thinking woman’s Mills & Boon” – was a new enterprise, only too willing to take me up on my grandiose offer to provide the cover artwork. Though I knew precisely nothing about the discipline, I was undaunted. I came up with an illustrative water-colour image for both the covers of Just Before Dawn and Desires and Dreams.

From that high-point my expectations of a glittering career began a slide into a long and humbling period of lesson-learning.  Whether or not my covers bear any responsibility for my poor sales is unknowable, but Love Stories did not prosper and when they went out of business, I failed to find another publisher.

Perhaps I should have taught myself book cover design in those in-between years, but commercial art and design had moved away from the tools I was familiar with to computers. It was only when the digital revolution came for books as well as art, that I decided to self-publish the three novels I’d written in the interim. With a lot of trial and error, I managed to produce cover designs I was happy reflected the content of the books.  But the demands of constant marketing and promotion was a burden. When the opportunity arose to join the small publisher, Accent Press, I happily sold myself.

For the first time I confronted the reality of my covers being out of my control.   I leave it to you to guess whether I was pleased with the covers I was given. TORN – about a woman living in a small end-of-terrace cottage on the side of a wooded hill. FLY or FALL – about a woman living a suburban life in a suburban town.  LIFE CLASS – designed using a stock image I found – is the only one of my Accent Press covers that I actually feel reflects the story.

On deciding to self-publish my next book, I was again faced with the “cover” dilemma. Unable to find suitable stock images, I came up with a graphic design which was symbolic of the themes of my book. (It’s the picture at the top of this piece.) Though based on archaeology, Buried Treasure is a story about much more than digging up valuable objects. But I was never entirely satisfied and after publication almost immediately set about the task of redesigning its cover so that I could have a mini relaunch when the book went into paperback.  I eventually managed to create a cover I was thrilled with but everyone in the business awarded it a thumbs-down. It looked less like a book about relationships (with a hint of mystery), and more like a thriller, apparently!

Back to the drawing board.  Only this time it wasn’t my drawing board.  I decided to accept the advice I was being given from all sides.  Just because I am not much influenced by cover design when I make a choice to buy, I can’t deny the evidence that a majority are. Good cover design is not just the ability to assemble a pleasing image alongside the necessary information. It is a skill that has more to do with advertising, with identifying a brand and selling a product, than it does with “Art”.  Though I did work in advertising, I was more of a workhorse than a visualizer or salesman. My ability to identify my buyer and hone my message to appeal to him or her is zero.  By handing the project over to a professional, Cathy Helms of Avalon Graphics, I hope this time, I have got it right.

Living in Gloucestershire with her husband Geoff, Gilli is still a keen artist. She draws and paints and has now moved into book illustration.

All of her recent books Torn, Life Class, Fly or Fall, and Buried Treasure have gained ‘Chill with a Book’ awards.

Following in the family tradition, her son, historian Thomas Williams, is now also a writer.

Jane thinks he sees her as shallow and ill-educated. Theo thinks she sees him as a snob, stuffy and out of touch.
Within the ancient precincts of the university the first encounter between the conference planner and the academic is accidental and unpromising. Just as well there’s no reason for them ever to meet again. But behind the armour they’ve each constructed from old scars, they’ve more in common than divides them. Both have an archaeological puzzle they are driven to solve. As their stories intertwine, their quest to uncover the past unearths more than expected.

You can buy Buried Treasure at mybook.to/BURIEDTREASURE

Find Gilli’s other books TORN, LIFE CLASS and FLY or FALL at author.to/GILLIALLAN