The John Williamson books are about colonialism. That can be a tricky subject these days. 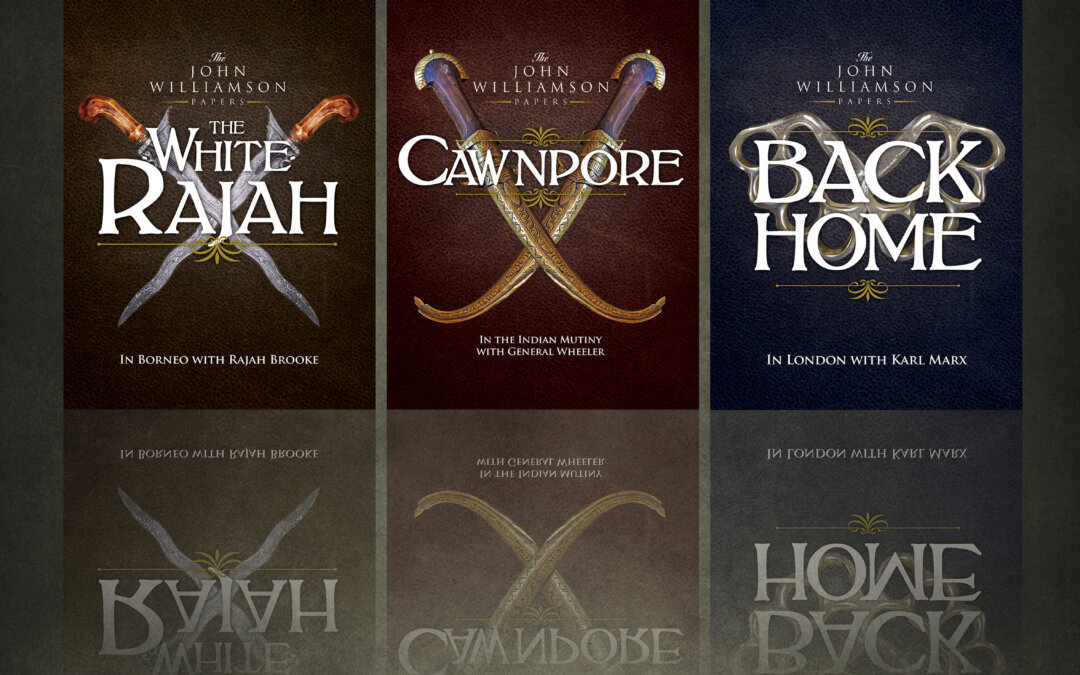 I’ve always been quite surprised that at a time of “political correctness” I have had very little criticism of my John Williamson books set in the Age of Empire. Recently there was a ripple on Twitter when someone complained about my use of the term “Indian Mutiny (as discussed HERE. By and large, though, my books have attracted little attention – maybe because they don’t have a high enough profile to be worth a Twitter storm.

This week I was surprised to get a response to an old blog post about Cawnpore by somebody who was quite annoyed by it. It seems I have managed to offend not an Indian angry at my Anglo-centric view of the conflict of 1857, but an English reader angry at my “revisionist wokism”. You can see the comments on the post (https://tomwilliamsauthor.co.uk/the-massacre-at-the-bibighar/).

I’m quite glad to have a bit of controversy. The way that the British behaved in India in the mid-19th century should be controversial – not because they were evil colonialists or because the Indians were ungrateful or ignorant, but because the relationship was complex with much to be admired and much to be criticised. Particularly during the early period of British rule in India, the British – often the last in a train of conquerors annexing one bit of the sub-continent or another because they could make money out of it – had positive relationships with the local population. They did much good – more, often, than rulers who may have started with little connection to the people they governed. Over time, relations deteriorated. British administrators started to govern with limited attention to local interests or sensibilities. Increasingly, they looked only to see how much money they could make out of the place. An example of the reduction of Indian civilisation to financial opportunities was a serious suggestion that the Taj Mahal should be demolished for the value of the marble that could be salvaged. By 1857, relations were breaking down with tragic consequences.

After 1857 came the Raj and an attempt to limit the damage, but the fault lines having broken open, the relationship was irreparable. Independence was a long time coming, but it was inevitable from 1857.

The trouble with colonialism is not that colonialists are inevitably bad or invariably exploitative, but that the imposition of one set of values and attitudes on a culture with another set of values and attitudes never ends well, however well-meaning the rulers and however accommodating the ruled. Colonialism contains within it the contradictions that are the seeds of its own destruction. Whether the British were driven from America by revolution, India by non-violent resistance or Aden by armed uprisings, in the end they had to leave, just as the Belgians left the Congo and the French left Vietnam. The new American Empire had to quit Vietnam too and after Iraq and Afghanistan it is learning the lesson that the British spent most of the 20th century absorbing.

It isn’t that colonialism is good or bad. It’s just that it doesn’t work.

The John Williamson Papers is a trilogy looking at different aspects of British power around the world in the mid-19th century. The first book, The White Rajah is set in Borneo, where James Brooke established a personal rule (never technically a British colony). The second, Cawnpore, is set in India during the war of 1857. Finally, Williamson returns to England in Back Home, only to discover that the struggle between the powerful and the powerless can be just as vicious on the streets of London as in the outposts of Empire.