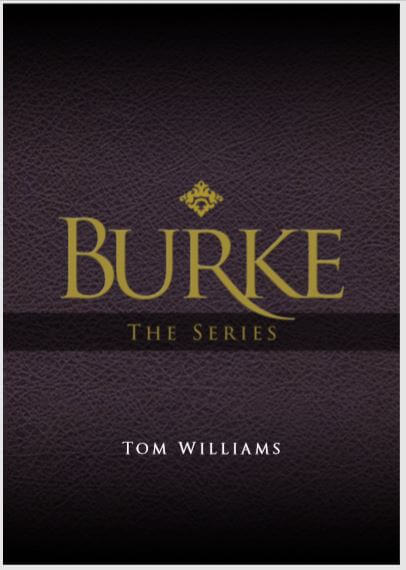 I wasn’t sure what I was going to write about today until I woke up to see a lovely review of Burke and the Bedouin by Berthold Gambrel. You can read it HERE.

The review contrasts it with the political intrigue of Burke in the Land of Silver and says Bedouin is “more like an old-fashioned desert adventure story” which, fortunately, is an approach he likes. He’s not the first person to say something like this about Burke and the Bedouin which delights me because ‘old fashioned adventure story’ is just what I was aiming for.

I’m just finishing the sixth of the James Burke books and it’s made me look back at the series and see how different they are. This may or may not be a good thing commercially, but I’ve deliberately tried to change the mood between books. After a lifetime of hack writing (non-fiction) I am writing now for my own pleasure and playing with different approaches is something I enjoy. I hope it also keeps the books fresh for readers.

So how has this worked out in practice?

The first book in the series is a straightforward historical novel which sticks quite closely to the facts of Burke’s involvement with British adventures in South America in the early 19th century. Even the implausible bits (like his brief affair with the Queen of Spain) are solidly historically based. It’s an amazing story and a lot of fun, although it does have something to say about how ‘wars of liberation’ can go quite badly wrong. (Britain was busy ‘liberating’ Iraq when I wrote it.)

Burke was always intended to be the hero of a series of books and the second was always supposed to be an old fashioned bit of fun. It’s not something that garners reviews, but it does seem popular with readers.

Burke at Waterloo was first published in 2015 on the 200th anniversary of the battle (because that was practically a legal obligation if you wrote Napoleonic history stories). It offers, I like to think, quite a good account of Waterloo and of the very important, but often forgotten, battle at Quatre Bras that preceded it. Burke, though, isn’t Sharpe, so the battle is the climax of what is essentially a spy story based around an attempted assassination of the Duke of Wellington in Paris. There was such an attempt and I’m surprised that it seems to be overlooked by both historians and novelists. Burke is very much a Napoleonic James Bond and this story makes a definite nod in the direction of On Her Majesty’s Secret Service.

Burke in the Peninsula

Having once moved into Sharpe territory, it was almost inevitable that Burke would end up in Spain. Burke in the Peninsula is the most straightforwardly military of the Burke series. He even gets to wear the uniform of a soldier of the Crown, which delights him because he spends the whole series trying to get away from spying so he can become what he thinks of as an honest soldier. The story features the battle of Talavera, which is officially a great British victory. In reality it was nothing of the sort and the story does show some of the reality of Napoleonic warfare. It also gave me the chance to revisit one of the people from an earlier book, who was one of my favourite characters and who I was excited to see again.

Burke in Ireland marks another change of gear in the series as we return to Burke’s earliest experiences as a spy. He’s just one of an army of British agents propping up English rule in Ireland. A friend suggested the plot (based around a famous prison escape at the time) and I started out cheerfully enough, but the more research I did, the more shocked I was by the details of what was effectively the British occupation of Ireland. The result is a much darker book than the others and one which goes a long way to explain Burke’s cynicism in many of the other stories. It’s a more serious story, but it has its share of fights and thrills and, inevitably, Burke finds himself in love. (This being his earliest adventure, it’s his first serious love interest and he’s surprisingly sweet.)

So to the latest: I’m almost finished the first draft, but I think there’s still a lot to do. Like Burke and the Bedouin, this is a very old-fashioned adventure story. It’s so old-fashioned I’m referencing Baroness Orczy’s Scarlet Pimpernel in the title: Burke and the Pimpernel Affair. It’s a full-on spy story and very light-hearted as Burke has to free prisoners from a Paris gaol and escape with them across France. Expect the usual murder and mayhem and a guest appearance from the Empress Josephine.

Despite the research (even for Pimpernel which turns out to involve an awful lot more real history than I had expected), I do enjoy writing the Burke books, from the light-heartedly silly to the actually quite serious. The only things you can really be sure of are that there will be daring deeds, there will be a woman and Burke will in the end, however reluctantly, Do the Right Thing.

I hope you enjoy reading them.