‘Cawnpore’ is available from today. Here’s why you should read it. 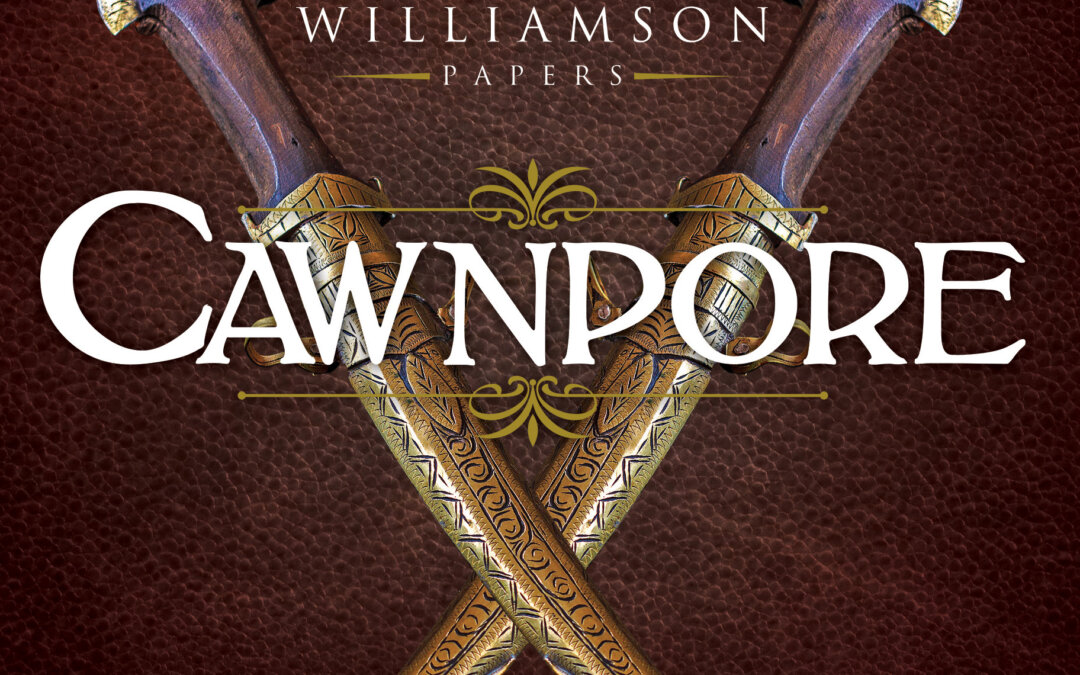 Cawnpore is being republished today, ten years after it first came out. Why am I doing this and why should you be reading it now, assuming that you haven’t read it already?

I’m republishing it because it is the book I’m proudest of. It’s the second of the John Williamson papers and, although it has had reasonable sales, I felt that the trilogy as a whole would benefit from a relaunch with the sort of marketing support that I can give it now that I am self published. It’s also the case that when Cawnpore was first published it was only the third of my books to see the light of day and that with the success of the James Burke series I am hoping that there will be more interest in it this time around.

That explains why I am putting it out there, but you’re probably rather more interested in why you should be reading it. Well, it’s a book about out one of the turning points in the British Empire – the events of 1857 in India which led to the collapse of the East India Company and, eventually, Queen Victoria being declared Empress. The War of 1857, and the British response to it, in many ways shaped modern India. There’s a lot of interest now in the idea  that the British should know more about their history and the way that nations subject to British rule were treated. Cawnpore not only covers the history of a significant event in the 1857 War but also describes the situation that led up to it and gives some idea of how colonial rule worked. And – and for you this is probably the important bit – it does this in the context of an adventure story complete with battles, cunning plans, daring escapes and even a love interest.

There are a lot of books out at the moment with serious discussions of the Empire. You could reasonably suggest that that you would learn more by reading one of these non-fiction works than by reading Cawnpore but, strangely, I honestly think this is not necessarily the case. For one thing, you are more likely to get the end of Cawnpore. I’ve based a lot of the history in the book on an excellent non-fiction work by Andrew Ward, Our Bones Are Scattered. It’s a brilliant book and I do recommend it, but it’s around 700 pages and I know that practically none of the people I have recommended it to have ever read it.

Not all non-fiction is difficult to read, of course. Jeremy Paxman’s contribution, for example, was popular and undemanding. Unfortunately, Empire is also one of the worst books about history I have ever read. Recently there have been some more credible overviews of the Empire Project, but they are all written from a 21st century point of view and all reflect the political views of the authors. You take your position, be it ‘woke’ or deeply sleeping,  and choose your writer accordingly.

I just don’t feel you can tackle the 19th century like that. The issues were practically and morally complex with no clear rights and wrongs. And there is a lot to be said for at least trying  to get into the heads of the 19th century protagonists in these stories rather than looking at them purely from a contemporary perspective. That’s where fiction offers possibilities that non-fiction doesn’t.

Does any of this matter or can we just consign the past to history and get on with the present? Well the present has just seen British troops pulling out of a country where Western intervention has been a less than stellar success. The issues, we are somewhat belatedly realising, are practically and morally complex. Perhaps now is a good time to start looking harder at history in the hope that we can finally begin to learn something from it.