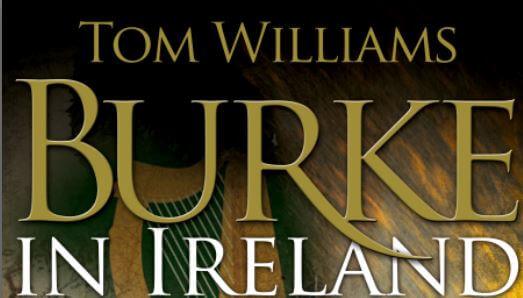 So here it is:

No stirring military imagery on this one. This story is Burke’s first adventure in espionage — before he went to Egypt (Burke and the Bedouin) or Argentina (Burke in the Land of Silver). Seconded from the Army to assist the Alien Office in its dirty work spying on French sympathisers in Britain, Burke is sent undercover to Ireland.

It’s 1793. Ireland is just five years off an armed uprising against the British Crown, but for now resistance is underground. While the Nationalists print their pamphlets and talk of revolution and burn the occasional barn, the English respond by infiltrating their ranks and picking off their leaders. It’s dirty work in a dirty war. There’s no room here for an officer and a gentleman. Burke has to grow up quickly.

Burke in Ireland publishes on Kindle next Friday (19 March) and is available to pre-order now at https://www.amazon.co.uk/dp/B08YMMG4YH. A paperback will follow soon.