The Eagle and the Viper: Loren Estleman 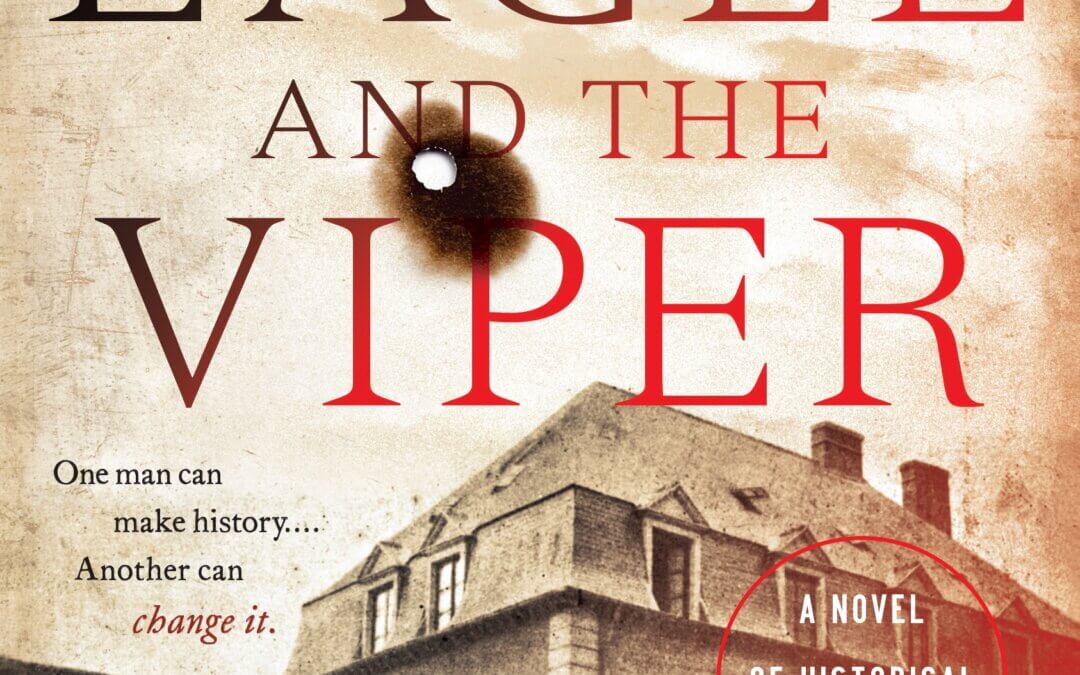 Readership of my blog fluctuates wildly at the moment and I can’t see any particular pattern to it. Some things obviously interest more people than others: do let me know what interests you and I’m then much more likely to write about it.

I was cutting back on book reviews, partly because fewer people tended to read them, but lately they’ve been proving more popular when I do carry them, so I’ve decided to offer a book review for my Good Friday blog.

I’m currently working on the next a Janes Burke book, which is set in Paris in 1809, not that long after the events of The Eagle and the Viper, so I was fascinated to see how another author tackles the problem of writing about spies and assassins in that world. And, given that Loren Estleman is a massively more successful author than me, I hoped I might pick up some clues.

There’s a lot of research gone into this book, especially the account of the 1800 attempt which is more dramatised documentary than fiction. And Estleman can write (sadly not a given these days). His prose flows and his pacing is good too, bursts of violent action alternating with more descriptive narrative. His characters are rounded and credible – in part because he is happy to invent details that make them more relatable, though much of the personality of people like Napoleon fits well with what we know of him. With his fictitious characters he has full scope for invention and his villain is given an interesting sexual life which means that I wouldn’t necessarily recommend this book to the vicar.

Overall, The Eagle and the Viper is an exciting book with a convincing historical background. It has an awful lot in common with Frederick Forsyth’s The Day of the Jackal although Forsyth’s murder attempt is covered up so that the story does not contradict the historical record. The Viper’s attempt is very public and definitely parts company with the historical record, which always seems to me to be an issue with historical fiction, though it doesn’t worry some readers. Many writers of historical fiction are happy to ignore the facts if they get in the way of a good story. Even Bernard Cornwell has Sharpe winning a crucial battle by exploiting a weakness in an enemy fortress where this weakness simply didn’t exist in real life. Personally, I like to try to fudge historical anomalies, for example by explaining that some events were covered up at the time, but that’s not always possible if you want to keep your plot moving. Every writer (and reader) has to draw their own boundaries. I am probably more worried by the fact that after all the cunning and the meticulous planning that carries the Viper to Paris, the attempt itself is crude and the escape plan relies heavily on luck and a following wind. Plotting the mechanics of villainy is surely part of the fun of writing a thriller of this sort.

Despite the untidy ending, I did enjoy the read and I’m happy to recommend it to Burke fans.

Other Napoleonic fiction is also available

Clearly there is a fair amount of overlap between the Viper’s fictional world and that of James Burke and I’m obviously going to be biased in favour of my creation. Burke doesn’t take himself quite as seriously as the Viper but his cunning plans are maybe rather better thought through. Burke has no desire to be a dead hero and will often plan his escape route before he plans anything else. He’s also an incomparably more considerate lover than the Viper, which I think makes him just a better hero.

Burke’s adventures have seen him spying in Argentina, Egypt, Paris, Brussels, Spain and Ireland. For more about any of the books, click on the images below.