And the last shall be first. 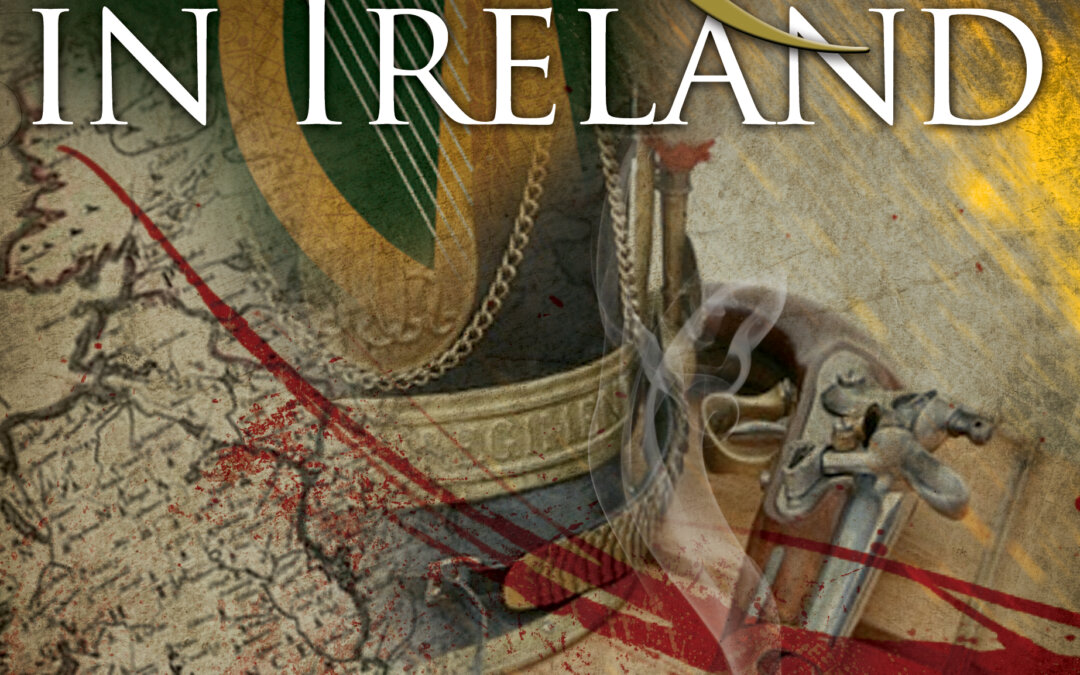 Burke in Ireland is the fifth book so far in the James Burke series but it is an account of Burke’s first adventures in espionage.

Burke in the Land of Silver, thefirst of the James Burke books, starts in Saint-Domingue where Burke is fighting in the French army. France and England weren’t at war at the time and many Irishmen fought under the French Crown. The real James Burke was one of them, which explained his excellent French. By the end of the first chapter, though, France and England are at war and Burke’s regiment (almost all Irishmen) is beaten by the English and, as was quite common at the time, they simply changed sides and joined the British Army. Burke is detached for espionage activities and Chapter 2 starts with him about to start on his mission to Argentina, twelve years later. This makes perfect sense for a story that is based closely on the adventures of the real James Burke.

We have no idea what he was doing in those 12 years and I have had fun filling them out. I’ve put him in Egypt in 1798 (Burke and the Bedouin) but that still leaves a few years. Burke in Ireland fills a bit more of the gap.

The action of Burke in Ireland takes place immediately on his return to England after the surrender of his regiment. (In fact, in order to accommodate the actual historical events that happen in Burke in Ireland I’ve nudged his surrender back a few months. The real James Burke was still in the West Indies as the story starts. Don’t tell anybody.)

Burke in Ireland is thus Burke’s first adventure as a spy. All the Burke stories stand alone but if you haven’t read any of the others and, for whatever reason, don’t fancy starting with Burke in the Land of Silver, this is an excellent introduction to the character.

The Burke of Burke in Ireland is noticeably younger than the Burke of the later stories. Although he doesn’t want to be a spy, he still thinks that he can behave honourably in the service of his country doing undercover work. It’s unfortunate, then, that his first mission takes him to Dublin, where the English have been behaving dishonourably for centuries. Things are slowly improving, but Burke is still up to his neck in a very dirty little war. The cynicism that we see in the later books has its origins in his experiences here.

He’s also more innocent in his attitude to women. Burke in Ireland finds a young Burke falling in love and learning the hard way that love does not necessarily conquer all.

What else is different? Well, it’s the first book that doesn’t feature any actual battles, although it has its share of violence and sudden death. And, notably, Burke has to work alone without the estimable William Brown to back him up.

Burke in Ireland, then, shows a different Burke from the earlier books and it has a darker tone. The history of British involvement in Ireland deserves a more sombre plot.

I hope you enjoy the adventures of the younger Burke and, never fear, the next book is shaping up to be a much more light-hearted affair – but I’m afraid it’s not going to arrive for quite a while. Until then, pour yourself a drink and settle down to Burke’s return to his homeland.

The universal link for the Kindle edition of Burke in Ireland (ie one which should take you to the appropriate Amazon page wherever you are in the world) is https://mybook.to/Ireland.

I hope you enjoy it.