I’ve mentioned the work that’s been done on the beautiful Georgian villa of Marble Hill in Twickenham. Along the way, though, I’ve heard some very strange things from the ‘garden historians’ who advised English Heritage on restoration work.

One of the strangest was that the ice house at Marble Hill was particularly important as ice houses are rare.

In the days before refrigeration, the only way of providing ice was to store natural ice in an ice house. Ice houses were basically insulated pits. Ice was put into the pit (which had an outlet at the bottom for meltwater to drain through) and covered with straw to provide some insulation. A pit full of ice would last well into summer.

Ice houses were only used by the very rich, so to that extent they were rare. But many grand houses in the country had an ice house.

One good source of ice would be the Thames, back when it froze, so Marble Hill, set on the banks of the river may well have got its ice from there. Marble Hill’s ice house is conveniently near the house, but nestles in the shade of the trees. It’s a solid brick structure with a door for the ice to be taken in or out. Most of the brickwork, though, is hidden under a mound of soil that insulates the building. 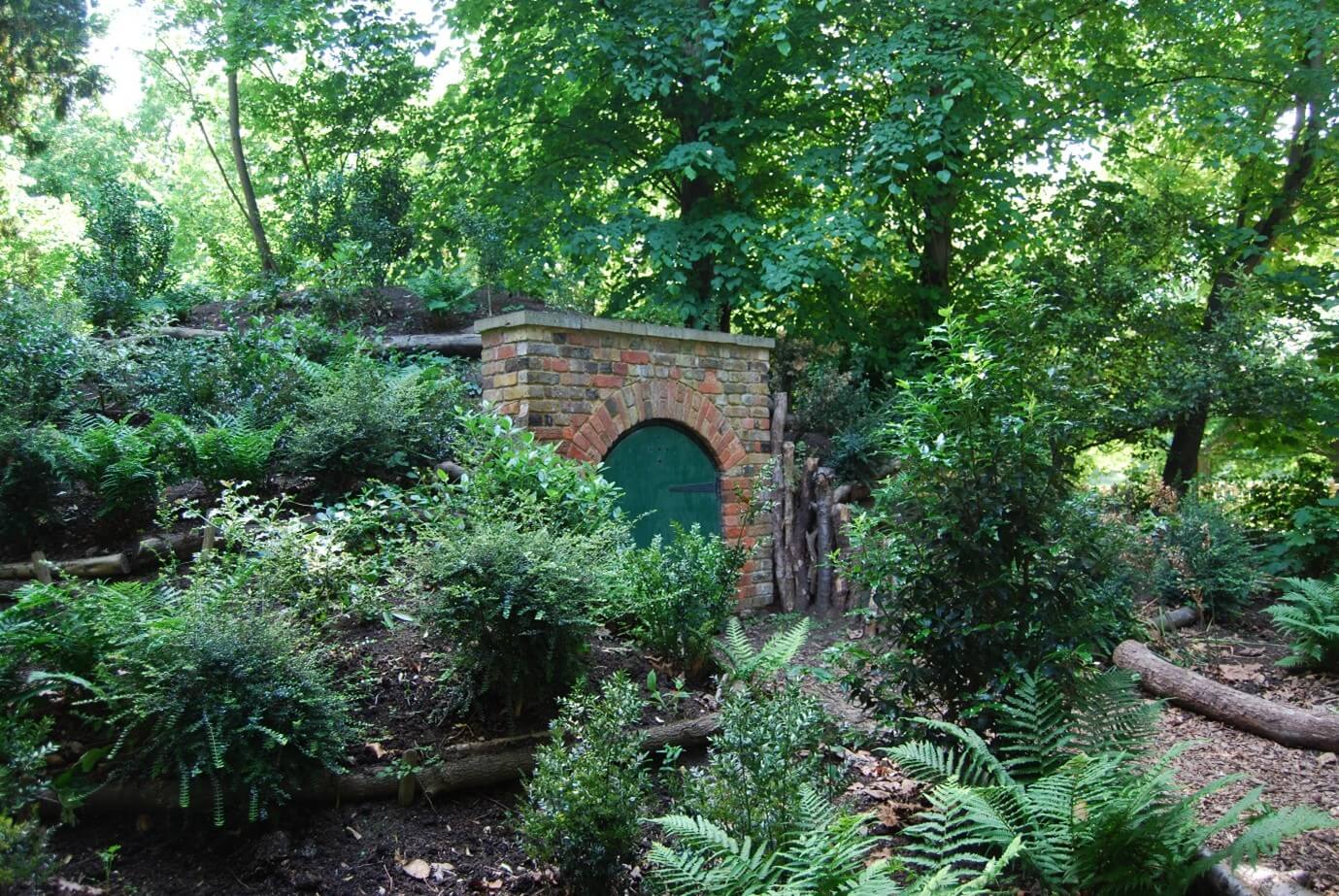 English Heritage have planted ferns and small shrubs over the building. It may well have looked like this when it was built. It wasn’t just functional: it was a status symbol and Lady Henrietta Howard (who had it built) would have wanted it to look attractive. It’s possible that there was some sort of statue at the rear of the building to enhance its appearance from the back.

The ice house was lost for years when that area of the park was allowed to become overgrown. English Heritage have every reason to be proud of their efforts, but it’s hardly “rare”. Marble Hill House is built almost directly opposite the Jacobean Ham House on the other side of the Thames. Ham House has its own ice house built as part of the service area that supplied the kitchens. It’s near the dairy and buttery which sit between the house and the kitchen gardens.

The design is very different from that at Marble Hill, but it works in exactly the same way. At Ham House you can see into the empty pit to get an idea of the scale of the operation. 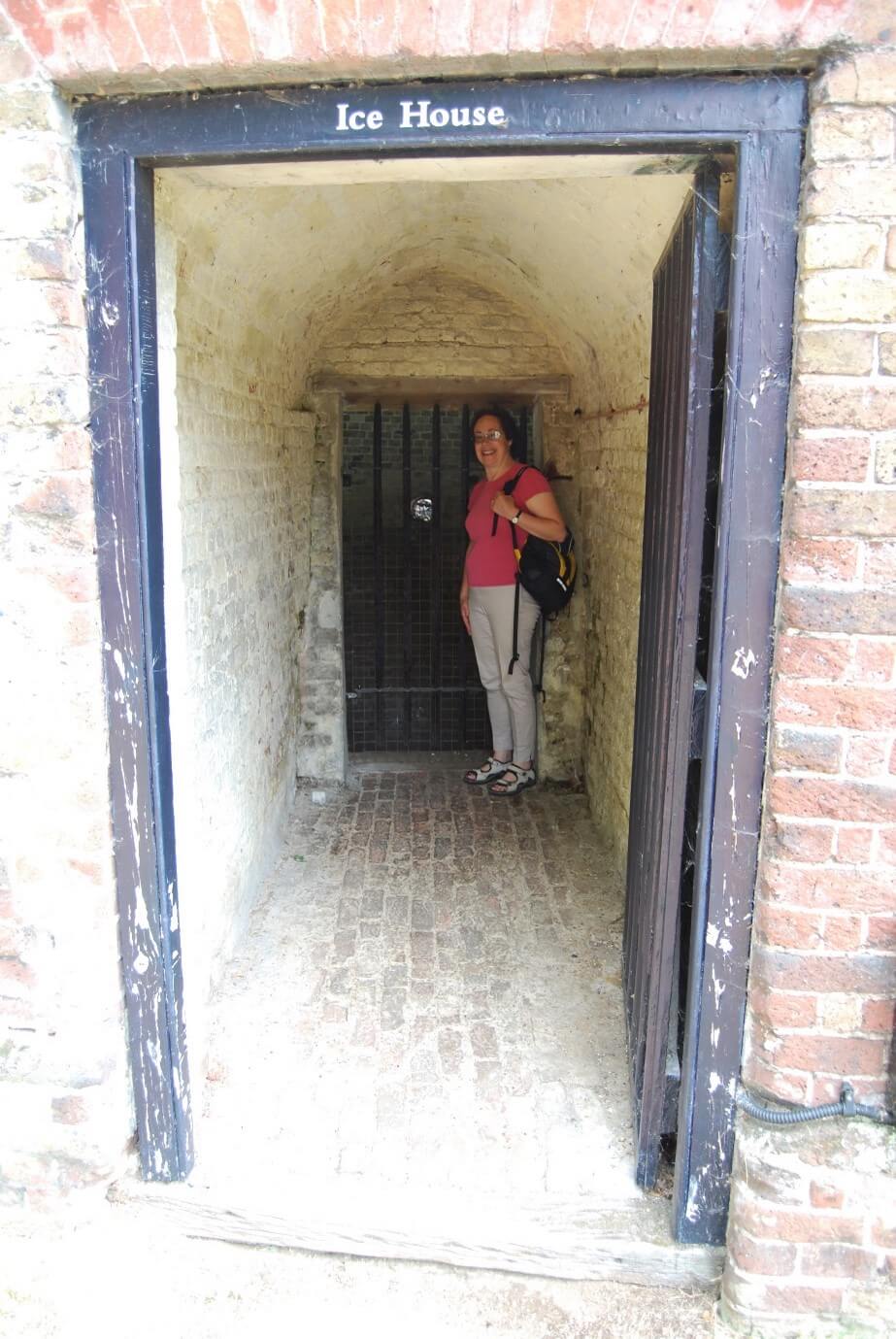 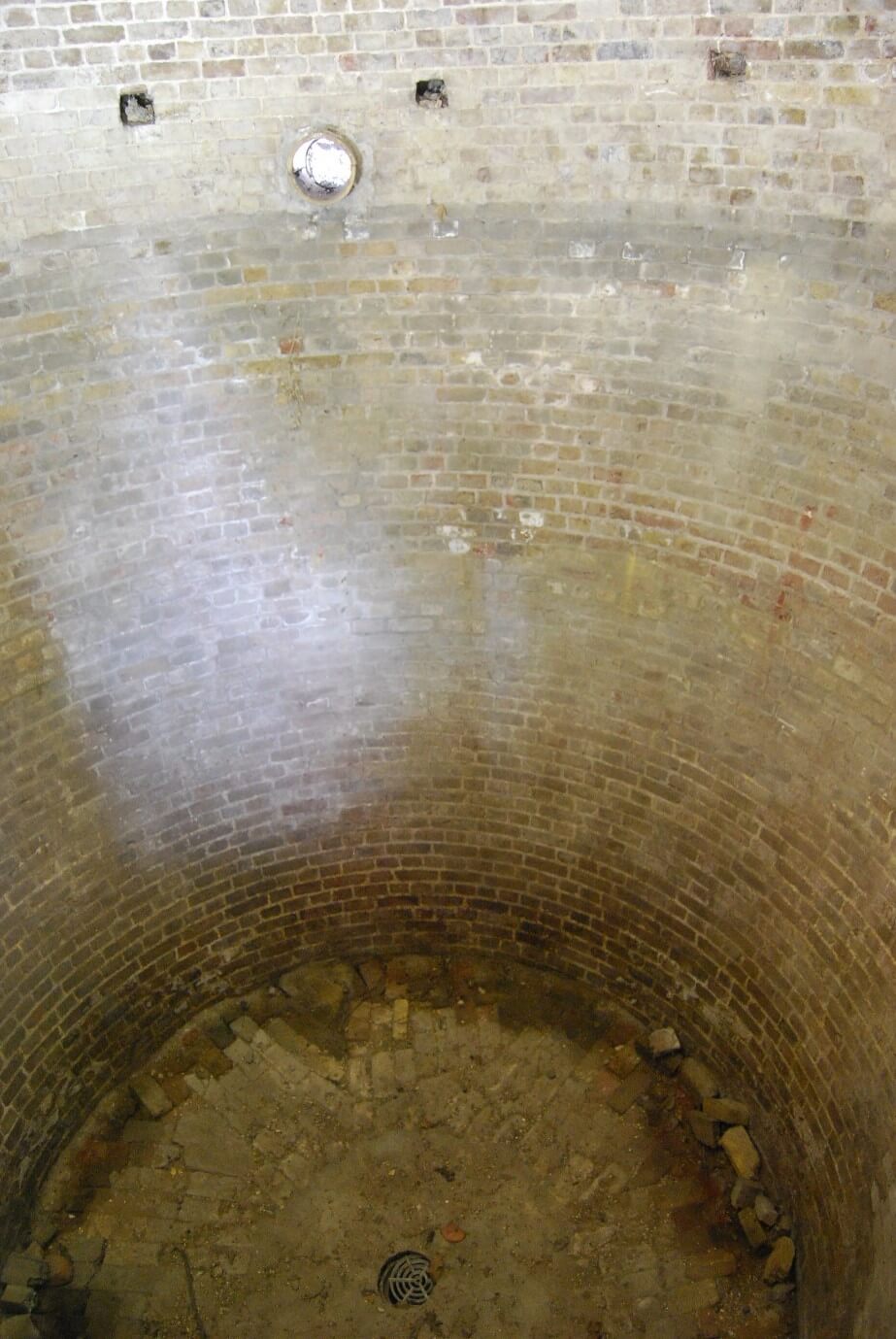 Further up the river, we come to Hampton Court Palace. The splendid ice house there is near an artificial lake but some distance from the palace itself. Maybe they galloped the ice to the kitchens on horseback. 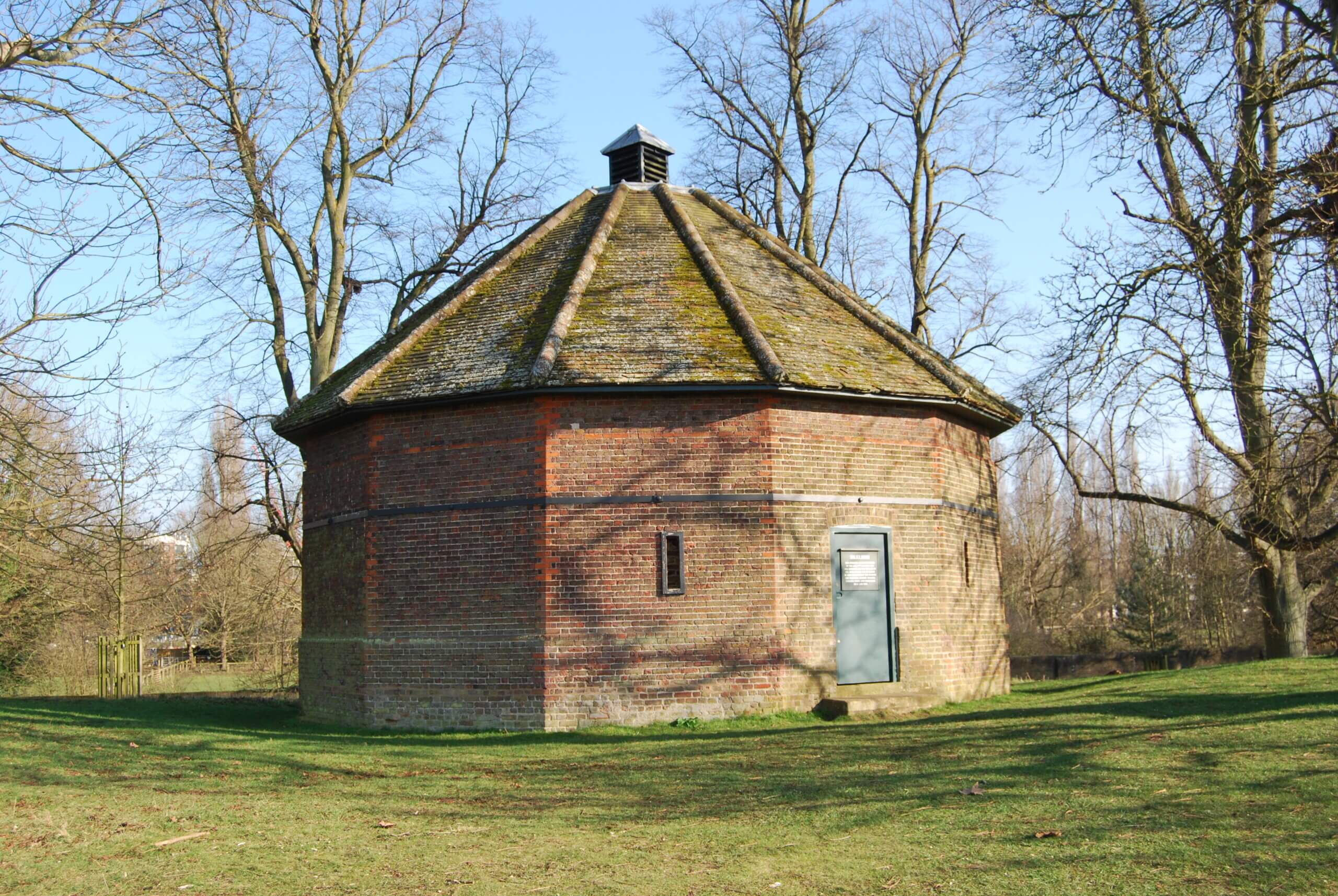 I was beginning to think English Heritage was rather exaggerating the rarity of ice houses in the area when our explorations during lockdown took us to a small public park in Isleworth about two miles from Marble Hill. Here there was once a grand house called Silver Hall. It was demolished in the 1950s, but one part of the structure remains. Can you guess what it is yet? 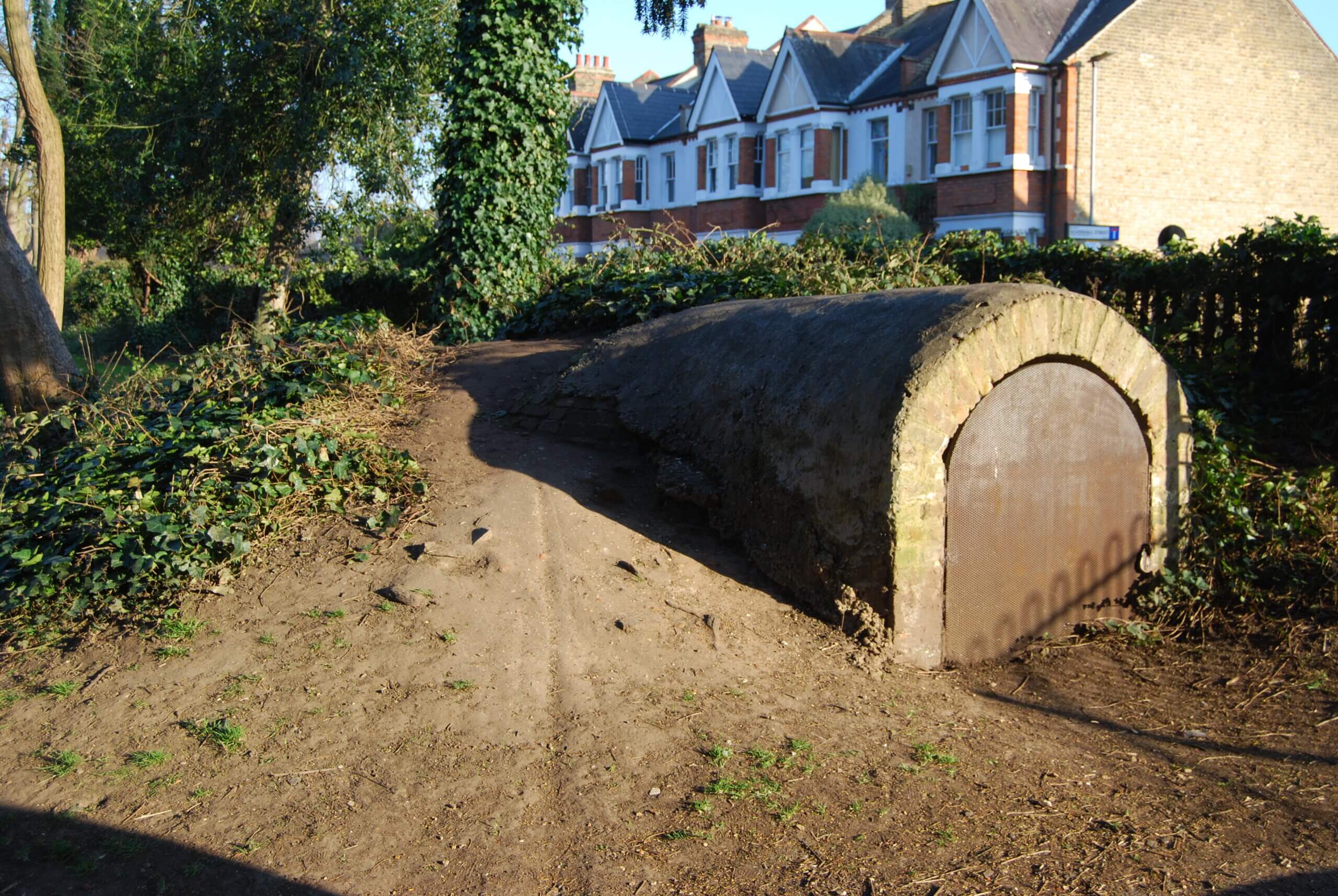 Yes, it’s lost its earth covering that would have provided insulation, but it’s definitely an ice house.

I thought I must have exhausted the supply of local ice houses but then I came on a website that seems to provide a definitive list. It’s here: Ice Wells & Ice Houses (london-footprints.co.uk). If my pictures of local ice houses have caught your interest, you might well enjoy the link.