The Massacre at the Bibighar 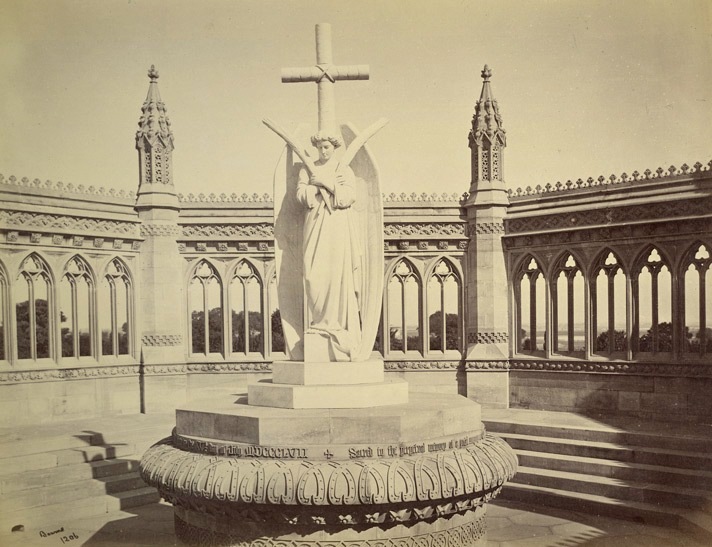 Last month I wrote about the siege of Cawnpore and mentioned that it is best known for the massacre that ended it. In fact, there were two massacres. When the British forces marched out of the Entrenchment and boarded the boats they had been promised would take them to safety, Nana Sahib’s forces opened fire before they could cast off. Those who stayed on the boats died on the river and those who attempted to return to shore were cut down by cavalry.

Although many women and children died in this massacre, they do seem to have been what we would now call ‘collateral damage’. It was the troops who were the target and all but four men who escaped down river died in that action. The women and children who survived were taken to a house that had been the residence of an officer’s mistress or bibi and which was therefore known as the bibighar.

After the insurrection had been suppressed, the British made much of the poor conditions in the bibighar, but, though the building was crowded and uncomfortable, the Nana Sahib does seem to have been doing his best to keep his prisoners safe. Guards on the building were as much there to protect the women and children from hostile (or just curious) crowds, as to prevent attempts at escape. Conditions could have been a lot worse (and after the conditions in the Entrenchment the bibighar must have seemed paradisaical) but the care of the women and children was entrusted to a serving girl (often described as a prostitute) called Hussaini Khanum who saw this as an opportunity to avenge herself on women who had always looked down on her and her like. She made their already difficult conditions nearly intolerable. Crowded, baking in the July heat, short of water and with limited amounts of food, some of the women went mad. Cholera took off others.

Nana Sahib seemed genuinely uncertain what to do with his prisoners. He provided them with a doctor, but no proper facilities to treat the sick — not even a separate building with more air. They were at one stage given fresh clothing, but with no proper access to water for washing their replacement clothes were soon reduced to filthy rags as well and no further clothing was provided. There were sweepers, but not enough to keep the place clean. Nana Sahib seemed, on the one hand, to feel that if the women and children were kept reasonably well, they might be used as hostages to bargain with the British, who were rumoured to be approaching Cawnpore looking for revenge. On the other hand, his advisers seem to have been suggesting that if a single European was left alive to give details of the massacre at the boats then the Indians might well be massacred in turn.

Eventually, with the British only days away, he seems to have reached a decision that it was too late to try to negotiate his way out of his situation. On 15 July, orders were given for sepoys to fire into the bibighar and kill everybody there. To their credit, the men ordered to do the killing refused, firing instead into the ceiling. A few of the women and children were killed by the sepoys but the soldiers finally refused to shoot any more and withdrew. At this point Hussaini Khanum called on her lover to do the job. He recruited four helpers – two of them butchers – who entered the building and proceeded to hack at the women and children inside with swords.

The next day, the building was cleared. Three or four of the women and a handful of children were sitting apparently uninjured and, after asking orders as to what to do with them, the women were killed as well. The bodies were cleared from the building and thrown down a nearby well. Some were not quite dead, but they were thrown in the well anyway. The children, panicked and with nowhere to run, circled the well until, with the bodies of their mothers disposed of, they too were murdered. “The Well and Monument, Slaughter House, Cawnpore”, taken in 1858.Picture shows the Bibighar house and the well where the bodies were found.

It was a vile act and it became the excuse for terrible retaliatory behaviour by the British. “Remember Cawnpore!” was often used as a battle cry by the British army in the fighting that followed. British attitudes are reflected in this poem, which appeared in The London University Magazine in 1858:

Let us swear by that well e’en the Hindoo unborn
Shall have cause to remember Cawnpore
For vengeance the blood of the massacred cry,
For vengeance each true British heart beateth high,
Who would not for vengeance be willing to die
When he thinks of that well at Cawnpore?

Sadly, as is so often the case, the atrocities committed by troops who were “remembering Cawnpore” rivalled those of the initial massacre. Certainly far more people were killed by the British than had ever died at  the hands of Indians in Cawnpore.

The well became a shrine to the dead.  In the decades following the uprising more tourists visited the Cawnpore memorial park than the Taj Mahal and it continued to be a popular tourist location until Indian Independence in 1947. The independent government of India removed the statuary that marked the well. It now stands in a local church. Anyone who wants more detail on the events at Cawnpore should read Andrew Ward’s excellent Our Bones Are Scattered. John Murray 1996 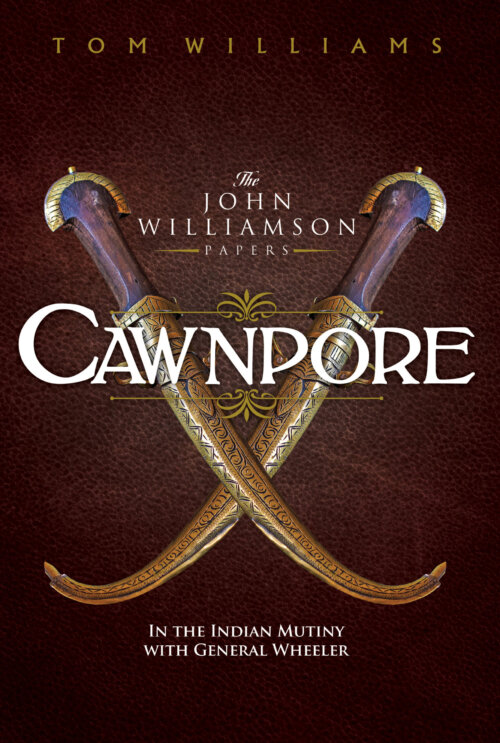 Despite the horrors of the massacres, I remain broadly sympathetic to the Indian cause. The British were not evil and neither was Nana Sahib, but the relationship between Indians and British was poisoned by the politics of colonialism. Cawnpore is a book about a decent man from England who finds his closest friendship in the Indian community and who is torn in a terrible conflict of loyalties when the fighting breaks out. At the time that I wrote it, my son was with the British Army in Afghanistan. Like many of the young men in colonial India, he thought he was helping the people there. Sadly, history suggests that life is never that simple.

Cawnpore is not a cheerful book, but of all the books I’ve written it is the one that I am most pleased with. I do hope you will give it a go.

You can buy Cawnpore at this link: https://mybook.to/Cawnpore.