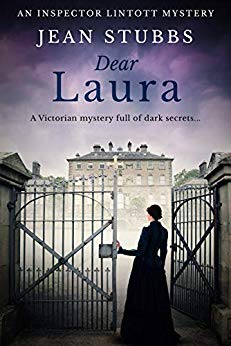 I seem to have been reading a lot of historical fiction lately featuring spunky women heroines who won’t be tied down by the conventions of the period they live in. They talk to men they haven’t been introduced to in the 19th century, they learn to read and write in the 16th century, and they express profoundly liberal opinions on matters like women’s suffrage and take up unlikely professions such as surgery almost whenever.

The truth is that life for women in, say, the 19th century could be pretty grim. Dear Laura shows us just how unpleasant it could be, even if you were a middle-class wife with a rich husband living in comfort in late 1890 Wimbledon.

Dear Laura is presented as a detective story, but it’s more a psychological thriller. We hear a lot nowadays about coercive control, as if it were a new thing. What Dear Laura makes terrifyingly clear is that “coercive control” is what many a Victorian paterfamilias would have called “family life”.

Jean Stubbs takes us into a well-off but not ridiculously rich Victorian home. The husband is a brute, who rules his little empire with a coldness bordering on sadism. His sons are sent off to boarding school, his daughter, despised because she is a girl, is left to the not-so-tender mercies of her nurse. Below stairs Cook rules over the alcoholic coachman, the maid and the skivvy, while Kate, the lady’s maid, occupies an ambiguous position between the regular servants and the better class of persons Upstairs. Laura, meanwhile, floats around the house looking beautiful, saying as little as possible and subject to constant headaches. Kept away from her children because her husband thinks she spoils them, she finds love only from her brother-in-law. Titus, her would-be lover, is, in his way, as objectionable as her husband: extravagant, promiscuous, selfish, but – unlike his brother – not actively cruel.

When Laura’s husband dies suddenly and anonymous letters hint at poison, the estimable Inspector Lintott is called to investigate and he uncovers a positive cesspit of secrets and lies that draw in almost everyone in the house.

This is by no means a perfect book. Some things are revealed in uncomfortable flashbacks than can take you out of the moment and leave you wondering what exactly is going on. Occasionally the sub-text of conversations is presented in italic, usually a sign that the characterisation and the dialogue aren’t quite up to carrying the load placed on them. I’m happy to forgive Ms Stubbs these flaws, though, because the book carried me along, anxious to find out the truth about these people – some good, some bad, but all trapped in the bonds of a social system in which “knowing your place” was the key to survival.

Above all, I welcomed a book that showed the truth of many Victorian women’s lives. For anyone who thinks Stubbs’ view is unrealistically bleak, the epigraphs with which she starts her chapters are revealing:

Home is the girl’s prison and the woman’s workhouse. George Bernard Shaw

As a general rule, a modest woman seldom desires any sexual gratification for herself. She submits to her husband only to please him… William Acton MRCS

The book rings true to its period. Stubbs has done her research and occasionally ladles it in rather over-enthusiastically. On the whole, though, she does not allow details of the price of meat or the numbers dying of influenza to get in the way of her narrative. They are the background of a wider world, but her story dwells in one household and we see how its inhabitants cope with the social order that the wider world forces on them.

In summary, an excellent book and a wonderful antidote to some of the romantic nonsense being written about women living at a time where #MeToo was more #TheWayThingsAre.