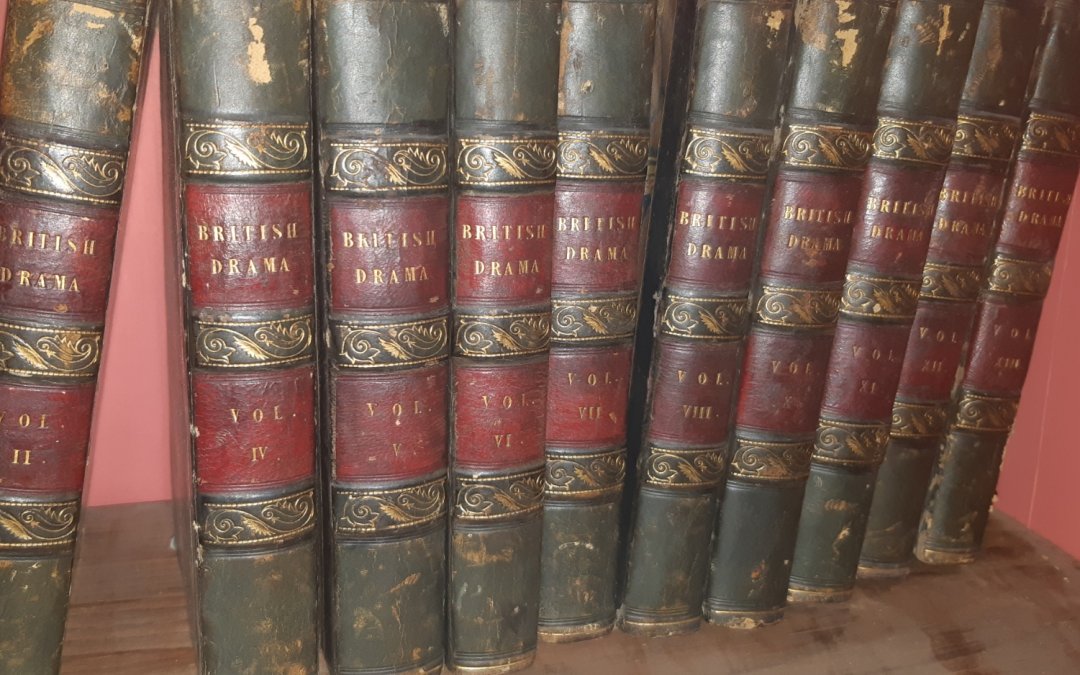 My book reviews are usually quite long. (The last one I did ended up being an extended discussion of the life and times of Henrietta Howard.) Lately, though, I’ve read a few books that I’d like to share my enthusiasm for without going on at length. So here are three short reviews.

(Anyone would think that since I finished writing Eat the Poor I’ve been on a writing break and able to catch up on my reading.)

This is the third book review I’ve written recently that starts, “ I don’t generally enjoy memoirs but…” Perhaps it’s a sign of age that I am beginning to get more into this genre. In any case, I loved The Shepherd’s Life. It’s a memoir of a life spent as a hill sheep farmer in the Lake District and it sums up a place and a way of life that deserves to be more celebrated.

Recently my son, having got married and bought a house more conveniently located than a remote part of mid-Wales, decided to sell up the house in sheep country that had passed through three generations of our family. Three generations, according to James Rebanks, is the time it takes to be accepted in a hill farming community. Being English and living most of the time in England, it was only when people said how sorry they were to hear we were leaving that I realised we were, up to point, accepted into that remote community and I miss it more than I can say. Reading this book took me back to misty mornings and hills where sheep wandered apparently randomly.

We had seen life there only as visitors. We had never been up at a winter’s dawn, working with dogs to check the sheep, soaked to the skin and desperate to finish before dark. But I have talked to farmers about the price they get in a bad year when every lamb sold represents an actual financial loss. It’s not a romantic life. It’s hard and economically ruinous. (Rebanks points out that almost all the farmers he knows have a second job to keep the farms afloat. My neighbours had so many, I honestly lost count.) Yet the families stay. I was talking to someone who had a relative who sold up. That person had just vanished from society. You never leave.

Being English, we left. This is a book that reminds me what we’ve let slip away.

Hill farmers have been here for hundreds – maybe thousands – of years. That link with the land is a vital part of what makes a nation. The French, with their near obsession with ‘patrie’ understand this. In Britain that link is being lost. Rebanks explains why it matters. It’s not just a lovely book, but an important one.

This is the first of Michael Gallagher’s series of stories about boy detective Octavius Guy. Octavius is a minor character in Wilkie Collins’ The Moonstone. Other characters from Collins’ book also turn up in Gooseberry. It’s a very long time since I read The Moonstone and I’ve forgotten most of them except for the butler, Betteredge, with his obsession with Robinson Crusoe. It was fun meeting him again and I imagine fans of The Moonstone will enjoy the joke.

You don’t need to have read The Moonstone to enjoy Gooseberry, though. It’s a wonderful romp through the Victorian underworld with a lovely sense of period. There are one or two fantastical elements: Gallagher admits that the Thames Tunnel was never remotely as described and since it’s easily enough visited today that seems an unnecessary invention, but it does allow the plot to bowl along. I’m not going to carp. It’s a great book and I had fun reading it.

I’ve read several of Terry Tyler’s books and always enjoyed her easy writing style and ability to produce convincing characters. With Where There’s Doubt she has upped her game.

There’s been a lot of publicity about Romance Fraudsters lately, particularly Netflix’s The Tinder Swindler, so Terry’s latest is timely. It may even be a useful warning to women who are swept off their feet by men with conveniently vague past lives.

The book starts slowly and reads like so many romances as Kate, a smart cookie with a sweet centre, meets her new man, Nico. We all know, from the blurb and publicity, that Nico is no good, so I did have my doubts as the romance grows. Kate, it turns out, has recently inherited a lot of money. Is Nico after this? You bet he is. All of us reading know he is, but we are wading further and further into Mills & Boon slush. Can this con sustain a whole book?

Suddenly we switch from Kate’s point of view to Nico’s. (His name’s not Nico, of course.) Now we see just what a creep the guy is and how complex the fraud he is building up to. And now it’s not slow (or like Mills & Boon) at all.

I can’t say anything else because of spoilers. The plot twists and turns with some genuine surprises that make perfect sense once they are revealed but which I never saw coming. We see how different victims of Nico’s crimes respond differently. Some are made stronger, other collapse. The victims’ stories are as fascinating as the main plot. We meet good people and bad – those we want to see come to a terrible end and those we have a sneaking sympathy for. (Making a villain simultaneously evil and vulnerable is a very difficult thing to do and one which Terry pulls off very well.)

The end is not the neat and tidy finish that you might expect, but it is very satisfying.

I can’t say any more. I really don’t want to spoil it. But I do hope you read it. It’s very, very good.