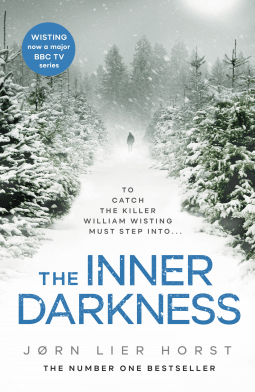 After the historical mysteries I reviewed last week, this week’s offering is another contemporary mystery story by Jorn Lier Horst. This is the third book of his featuring Norwegian detective William Wisting. (I had to check the first name: he’s always referred to as Wisting.) Fans will be getting familiar with him, his daughter Line and the unscrupulous cold case investigator, Adrian Stiller.

This is the most straightforward police procedural of the three. Sexual sadist Tom Kerr is taken out of prison to reveal where he has hidden the body of his last victim but he makes a dramatic escape, injuring several of the police in his escort. Line, the freelance TV reporter, is there to film the whole exercise for the police, hoping to use the film later in a documentary she is planning. (I’m still worrying about how journalistic ethics work in Norway.)

Wisting is tasked to find Kerr, but discovers that Stiller has other ideas: he wants Kerr free to lead them to his accomplice, the Other One, who was never caught. The plan goes wrong, Kerr escapes and Wisting is somehow blamed. (There’s some kind of administrative reason given, but I can’t help thinking that whoever agreed to let Kerr out without an armed escort in a country where police routinely carry weapons is surely more obviously to blame than Wisting.) Wisting, we are repeatedly told, feels guilt about the whole thing, but I’m never entirely convinced. Line remarks every now and then how Wisting seems old too, but there is remarkably little character development over the series, which seems a waste of some interesting characters. Everybody makes the same mistakes as usual. People trust Stiller to play straight when they should know by now that he always has his own agenda. Line finds herself alone with the killer again, which you’d think she’d be more careful about after last time.

There’s quite a complicated plot, but if, fairly early on, you find yourself thinking, “Hey, isn’t that a bit odd? Why do the police go along with that?” hold that thought and then you can feel smug at the end.

As in the previous books, Horst tries to use the story to explore notions of good and evil. One of the characters has written a dissertation on the nature of malevolence:

“.. it posed questions about whether malevolence was an animal instinct latent in all human beings. Whether this was what made a cat play with the mouse before finally taking its life, or why the bestial gladiator fights in their time could feed the enjoyment of the masses.”

In the end, though, there’s no deep psychological examination. The Other One is basically just evil.

“… he had sought out such cases in order to satisfy his own lust, his own desires.… He had built up a large portfolio of deviant photographs, kindling his personal fantasies. Then he had met Tom Kerr, and these fantasies began to be played out in real life. He was no longer an observer. He became the accomplice, the Other One.”