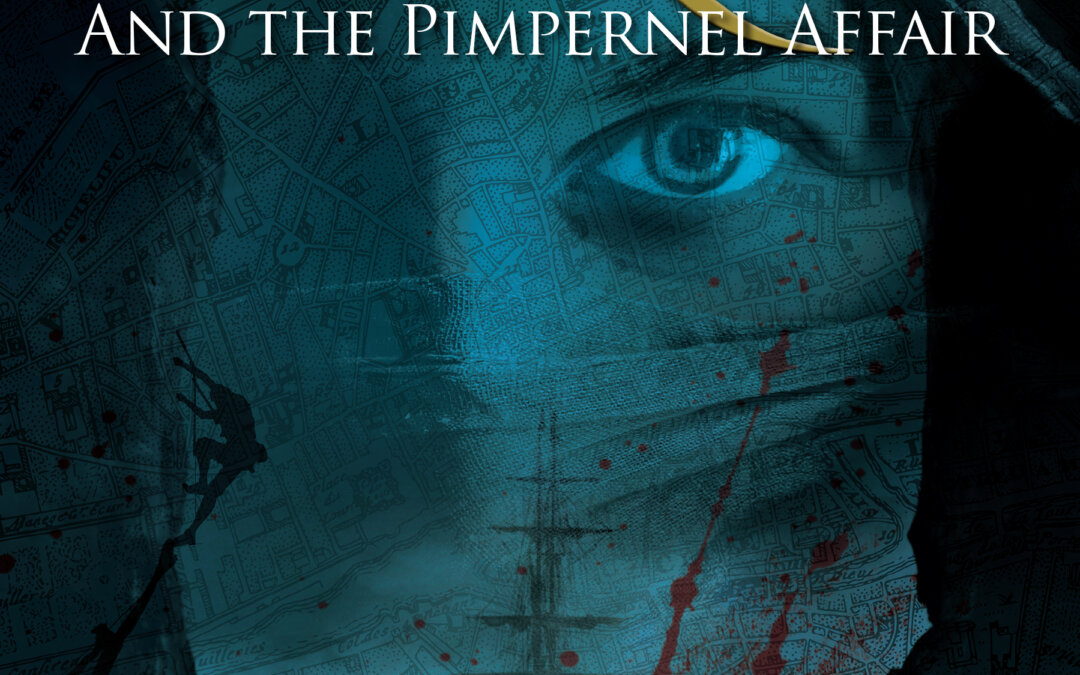 Burke and the Pimpernel Affair is officially published today. It’s only on Kindle at the moment – the paperback edition has been delayed by (yes, you guessed it) covid. It should be along very soon though. Anyway, nice as it is to see people reading physical copies of the books, most of my sales are on Kindle which costs just £3.99. You can always buy it now and get it again once it’s in paperback!

But what do you get for your money? Well, after the very dark story of Burke in Ireland, I thought it was time to have something that was more frothy and fun. As a child I had enjoyed Baroness Orczy’s Scarlet Pimpernel stories and the idea of a story of a daring British agent freeing French prisoners from Paris gaols appealed.

All the Burke stories have a solid historical background, so my first question was: could this have happened? And the answer is that not only could it have happened but Paris in the early 19th century was apparently full of agents springing people from French prisons with embarrassing ease. Burke’s loyal henchman, William Brown, has his own view on why this comes about:

He put it down to the revolutionary temperament: after all, if you spent your whole time talking about Liberté it stood to reason, he thought, that you weren’t going to put your heart into building prisons.

The French and the British were constantly sending spies into each other’s countries, either to gather information or to subvert the enemy with propaganda. (We’ve seen some of this in Burke in Ireland.) The British even had a chain of safe houses for smuggling agents to and from Paris – a chain that came to feature prominently in Burke and the Pimpernel Affair.

So my idea turned out to be not only just about possible but quite plausible. And the more I looked into it, the more real history kept intruding into the plot. So my homage to Orczy turned out to have a lot more historical accuracy than I’d ever expected. (Actually, the most improbable bit of Orczy’s tales – Robespierre’s destruction, indirectly caused by the Pimpernel’s plots – is surprisingly accurate.)

I did wonder if I was pushing my luck in having Burke infiltrate Napoleon’s court and introducing him to the Empress Josephine, but, after I’d written it, I discovered that the real James Burke did indeed spend time at the French court. I’m glad I didn’t know this when I started because it was before 1809, when this story is set, and I might well have ended up changing much of the plot. It’s an interesting example, though, of how once you get into the skin of your characters you can end up inventing things that really happened.

So there you are: a spy romp that turns out not to be the souffle of nonsense that I’d been secretly hoping for. It does remain relatively light-hearted, though. The body count is in low single figures – practically bloodless by Burke standards – and there are the usual comic asides. It introduces quite a few real people who are fascinating characters in their own right: the odious Fouché as chief villain; Morel de Vindé, an aristocratic survivor of the revolution who could pretty well justify his own book; and, of course, the Empress Josephine, who was, in reality, much more than a silly woman who got lucky with Napoleon.

It’s a blast! Buy it (or read it free on Kindle Unlimited).