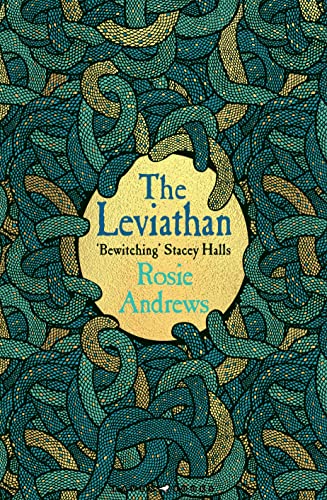 I was given a copy of this book from NetGalley. It appealed because I have been reading a few stories set around the British Civil War lately and another book in this period looked fun. The blurb mentioned a supernatural element, but I thought that might be interesting too.

I struggled with the opening. The story starts in 1703 but we are plunged straight into an account of events in 1628 which are obviously in some way supposed to relate to the rest of the book. It’s an account of a shipwreck and there are suggestions of something unnatural about it, but then we moved to the second chapter set in 1643 where a young man is returning home after a battle. Although we are soon to meet allegations of witchcraft, there is nothing as dramatic or spectacularly supernatural as the shipwreck.

We get to the shipwreck later – much, much later – but its insertion at the beginning just confused me. It seems part of a trend – presumably in response to suggestions that modern audiences have short attention spans and must have their interest piqued immediately – to putting a dramatic start to books, whether or not the story actually starts dramatically. It’s annoying. It’s particularly unfortunate as once we get to the young man returning home we find ourselves in a nicely observed account of the times. When he is faced with allegations that a servant girl is a witch, he is sceptical. In fact, much of the interest (and tension) of this part of the story comes from his trying to decide if the girl is guilty or if there is a natural explanation for the events surrounding her – a tension that is, if anything, rather undermined by the opening chapter.

The writer explores attitudes to witchcraft and how people respond to the idea that a woman might be a witch. We also see how the process can be abused by those who see possibilities for personal advantage from a witch’s fate.

Our hero is young and naïve but has to grow up fast as he navigates these difficult waters. He is helped by John Milton. It’s interesting to bring such a well-known historical figure into the story, but I felt he was rather wasted. It could have been an unknown John Smith and nothing much would have changed.

There are twists and turns to keep your interest and the whole thing is really well written. I found myself caught up in the story right to the end, but quite what happened at the end and what it all meant in the wider scheme of things was less than totally clear. Overall, I’d say that this is an entertaining read but it never lives quite up to its promise. If you’re interested in supernatural tales and life in the 17th century, it’s definitely worth a look.

The Leviathan is available on Amazon.