‘A Plague on Mr Pepys’ by Deborah Swift 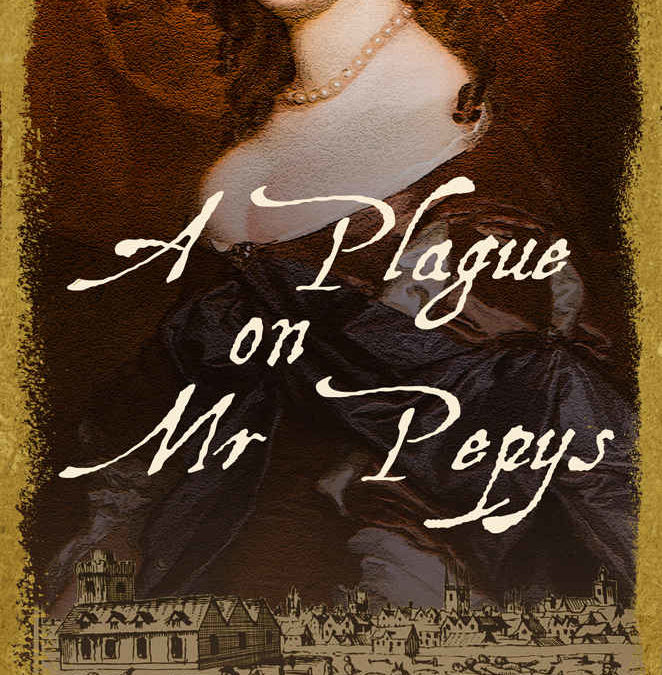 A Plague on Mr Pepys is the second of Deborah Swift’s stories based on the lives of women mentioned in Samuel Pepys diaries. (I reviewed the first in the series HERE.) While Pepys featured heavily in the first book, here he is a more peripheral figure and the story centres on Bess Bagwell, the mistress most often mentioned by Pepys in his diaries. Not a lot is known about her (even her given name comes from Swift’s imagination), which gives Swift free rein to tell a story set amongst the working folk of London. Bess has risen from the whorehouses of Ratcliff to marry a skilled carpenter and be mistress of her own home in Deptford. But life in 17th century London is always precarious and when her husband falls foul of the Guild system and can’t get work in the shipyards, they move rapidly into debt.

This is not a cheerful story. Bess Bagwell’s descent from happily married housewife to debt-ridden homelessness is painfully detailed. Survival in the 17th century depended a lot on family, but families can turn against you if you think you are better than they are and both Bess and her husband have flown too high to rely on the family support that might have saved them.

Bess moves from housewife to working in a glove factory, to taking on piecework and, finally, to unemployment. Somewhere along the way she finds herself trying to save the family finances by trading sexual favours for patronage from Mr Pepys. It seems she hasn’t quite escaped the whorehouse after all.

If things seem bad, there’s still the plague to come. With characters seeming to die on every page, Bess begins to accept that she may well not survive. Worse, it’s not entirely clear that she wants to.

Is there any chance of a happy ending? Well, all things are possible, which is pretty well all that kept me going. It’s a harrowing look at the reality of 17th century life, benefiting from Swift’s considerable expertise in the period. (Sadly this expertise does not extend to naval conflict – an area that I know from experience is all too easy to slip up on. Fortunately most of the story stays firmly on land.) It’s far from an easy read, but with so many novels that romanticise the 17th century, this is a useful antidote – and, if you can stick it – a book that looks long and hard at love, marriage, and family loyalty.

Swift’s writing is fluid and kept me going through difficult subject matter. Even so, this is not an easy book, but one which definitely repays the effort you put into it. Despite the misery, I am happy to recommend it.