Older women and sport: yet another gender gap 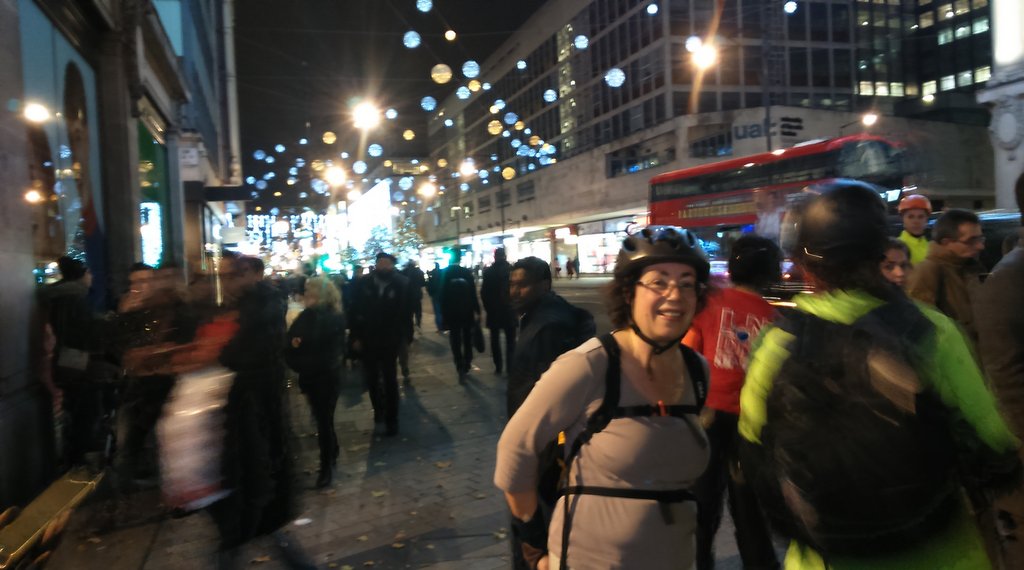 If you follow me on Twitter, You will know that I am an enthusiastic skater: not ice skates, but rollerblades which let you skate on the street. I’m getting a bit long in the tooth for it now, but I still loved skating round London Lumiere last week and I expect to carry on with the London group skates for a few years yet. But are older women able to enjoy skating too, or are there social pressures for them to stop? At a time when equality issues seem to be dominating the news, Tamara Goriely writes on risk sport from an older woman’s perspective.

In the run up to Christmas I went on a “suicide skate”.  For readers who are not rollerbladers, a “suicide” is simply an unmarshalled street skate, skating around London’s roads with the traffic.  On this occasion I joined around a dozen like-minded people at South Ken tube; put on rollerblades, helmet and wrist guards; and skated over the smooth tarmac of Kensington. We got to enjoy the Tate, the Millennium Bridge (which sings when you skate over it) and the Christmas lights in Regents Street, before getting back to South Ken some 11 miles and 2 hours later.

I first started doing this in my late 40s – and at the time, I felt very old to be playing around on the road in this way. Now that I’m over 60, I started to reflect on the age and sex-related stereotypes we carry around in our heads.

So is there a feeling that old women shouldn’t skate? You bet. This is most obvious in the shouts from passers-by: “My God, she’s old,” “Didn’t you have a childhood?” and (my personal favourite) “They must be a teenage gang.”  Once, we went through a rather chi-chi Knightsbridge mews. A local resident came out to berate us: “I thought you were adolescents, but now I see you are old enough to know better”. “Madam”, my companion replied, “I’m 58 and having the time of my life”.  Stunned silence.

The shouts are easy enough to shrug off. The comments from my boss more intrusive, especially when she started tutting over each small patch of scrapped skin on my elbow. “You should look after yourself” she would say with false concern, before reminding me that I’d once torn a tendon (which had been done skiing).  This was particularly galling as a 30 year old male colleague with a very similar injury rate was widely praised for his athletic, mountaineering lifestyle. Skater’s Elbow: hardly a big deal for a man

I became particularly aware of social expectations when I decided to enter the European Masters Marathon at the age of 51.  This was a 26 miles race, to find the fastest inline skater in Europe in each age group: 30, 40, 50 and 60. That year, I was the only British person over 50 to enter.  As I would therefore be “representing my country” the sporting body awarded me the honour of being allowed to wear a GB skin suit. When I told my friends about this, it was greeted with mix of blank looks and outright ribaldry. “A swim suit” my mother said, “why would you wear a swim suit?”.

I went to the web to find out if it was so unusual for older women to compete in masters’ events in minority sports – and was not altogether reassured. A long report from the Women’s Sport and Fitness Foundation told me that most women over 50 took no exercise at all – and those who did, mainly walked, swam or attended yoga, aerobics or fitness classes. Around 6% cycled, 4% ran and 1% rode horses. Otherwise, nothing. If I was looking for evidence that older women skateboarded, pole vaulted or ski jumped, I didn’t find it.

When I stood on the start line of the race, in Gera, I found only 9 other women in the 50+ group – (compared with 40 who had entered the men’s race).  Germany had entered a full team of 4 women, while the others were Danish and Austrian.  In German culture, it is normal for older women to do competitive sports – but where were the French, Italians, Spanish – or anyone from Eastern Europe? (And as you ask I came 7th, one of the hardest things I have done in my life).

So are things changing? Are the next generation beating down old stereotypes for expected behaviour for women over 50?  Yes, but slowly. In 2017, 12 women entered the 50+ masters marathon from a wider range of countries (including France, Switzerland and Slovakia). And they have an over 70 category now (with 2 entries) so there is hope.  The street skates in London remain popular, with a broad range of ages. So am I going to end on a motivational slogan – age is just a number, it’s never too late, etc etc? Not really.  Things change as you get older.  I’m more cautious than I used to be. Partly, as time goes on I’ve accumulated more injuries – not just the tendon, but a dislocated shoulder and smashed front teeth (leading to expensive dental bills).  I don’t heal as quickly as I did, and it is normal for older people to take a little less risk. And I’m not as fast – probably because I no longer train for races.

On the other hand, now that I’m semi-retired, and no longer interested in promotion, I can afford to ignore bosses’ comments. I’m more aware of the stuff we carry around in our heads about age appropriate behaviour – and care less. I still remember the sense of joy in taking my roller skates out to play when I was 10. And I’m still not (quite) too old to stop playing yet.