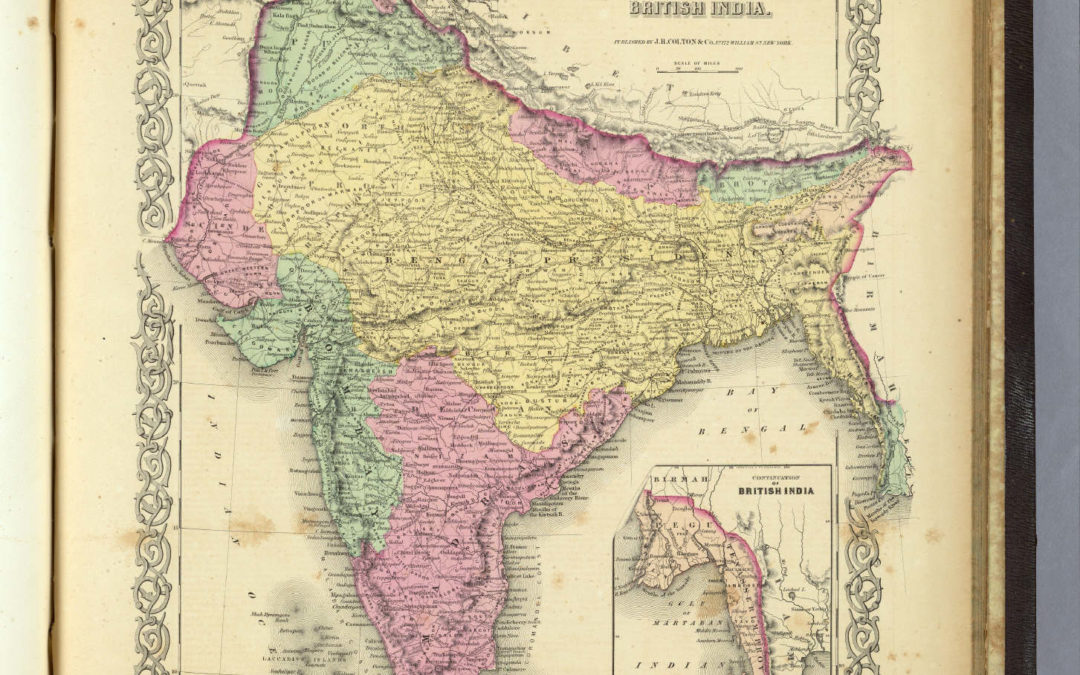 I generally post on this blog on Fridays and this particular Friday is the exact anniversary of the events at the Meerut in the North West Provinces of India (now  Uttar Pradesh) which sparked a rebellion that shook the British Empire and changed the history of India. This seems worth marking with a post about the events of 1857. I did post an earlier version of this a year ago, but I have more readers nowadays and I hope I will be forgiven for repeating it.

The army of the East India Company – the peculiar organisation responsible for European rule in the sub-continent – had recently introduced Enfield rifles with cartridges said to be greased with pig and beef fat. As the paper on the cartridges was torn off with the teeth when the rifle was loaded (‘biting the bullet’) their use was anathema to both Muslims and Hindus. Most commanding officers held off issuing the new cartridges, waiting for the unrest to calm down. Unfortunately, Colonel Carmichael-Smyth was not most officers. He ordered some of his troops to drill with the new cartridges and, when they refused, they were paraded in front of the rest of the regiment, sentenced to life imprisonment and marched off in chains. This was on 9 May 1857.

Nowadays we tend to see the events at Meerut as marking a violent break with the past by the sepoys (native soldiers). In fact, mutinies were not uncommon. Generally the approach of the military authorities was to try to handle them as smoothly and calmly as possible and they had no significant impact. Perhaps things at Meerut would have got out of hand anyway, given the deteriorating relations between Indians and Europeans at the time, But it seems likely that most of the problems were the result of gross stupidity by Colonel Carmichael-Smyth. (A young European officer in Carmichael-Smyth’s regiment wrote to his mother on 10 May – shortly before becoming one of the first Europeans to die – “It is generally supposed that [Carmicael-Smyth] will lose his command.”)

On 10 May the Indian troops rose in revolt, released the prisoners, burned the camp and killed about fifty European men, women and children before setting off to march to Delhi. The Indian Mutiny (or First War of Independence) had begun.

Nobody knows if the rumours were true. Even today there is doubt about what the cartridges were actually greased with. In any case, the Mutiny was not really about the fat on the cartridges. Trouble had been brewing for a while and the incident at Meerut simply served as the flash point for a revolt that many people had been expecting for some time. The Indians had become increasingly uncomfortable under British rule. The old, relaxed style of colonial government by men who had come to love India and worked alongside existing Indian customs and institutions was giving way to a more ‘modern’ approach. Christian missionaries were attacking Indian beliefs; the caste rules that governed Indian soldiers were being disregarded by European officers; Indian land was being seized on dubious legal grounds. In a word, the British, no longer captivated by India, were becoming arrogant.

Arrogance is a dangerous emotion when your army relies on the services of the very people whose culture and customs you are dismissing as uncivilised. “The Sepoy revolt at Meerut,” from the Illustrated London News, 1857

The events at Meerut triggered a war of extreme savagery. Both sides killed without mercy and often with little distinction between combatants and non-combatants. Some Indians sided with the British, fighting against other Indians. Many officers were convinced that their men would remain loyal and literally trusted them with their lives. Sometimes that trust was rewarded, sometimes they were summarily shot.

The unrest led to much violence within the Indian community. Old scores were settled and Indians who had become rich under British rule were often denounced and murdered, their property looted.

Some British officers opened fire on men who were almost certainly loyal to them, forcing them to join the enemy. Some Indian princes changed sides, fighting for Europeans or rebels, depending on how the tide of battle changed.

It was against this background of bloodshed and treachery that I set the story of Cawnpore.

Cawnpore (now Kanpur) lay on the Ganges, about 250 miles from Meerut. The local ruler, Nana Sahib, was regarded as friendly to the British and, even after news of the Mutiny reached the town, the local British commander, General Wheeler, did not expect any trouble. As tensions grew, Wheeler made provision for the British to shelter around two hospital blocks in the British lines, building a low earth wall around them. This, though, was simply a position to wait out any local unrest – it was never seriously designed as a defensible fort.

When Nana Sahib decided to join with the rebels, Wheeler found himself trapped with around sixty European artillery men with six guns, eighty-four infantrymen, and about two hundred unattached officers and civilians and forty musicians from the native regiments. In addition, he had seventy invalids who were convalescing in the barracks hospital and around three hundred and seventy-five women and children.

The siege of Wheeler’s entrenchment became a tale of astonishing heroism and fortitude and it is central to the story I tell, but Cawnpore, for all the military trimmings, is not essentially a war story. My hero (insofar as he is a hero) is John Williamson, the narrator of The White Rajah. His life in the Far East has left him more comfortable with the princelings of the local Indian court than with the class-ridden Europeans he works with. He has friends on both sides of the conflict and struggles to stay true to them all. In the midst of a war that is fought with terrible ruthlessness, he tries to remain a decent person.

Cawnpore is a story about idealism and reality; about belonging and exclusion. It looks at the British colonial project and how it went so horribly wrong. It makes most people cry.

At the time that I wrote it, my son was serving in Afghanistan, in a conflict that can trace its origins back to the 1850s and before. Yet again, British troops were fighting and dying for a way of life they didn’t understand. Researching Cawnpore made me realise that the important thing about the war in Afghanistan wasn’t that it was right or that it was wrong: it was that it was futile.

Cawnpore is my favourite of all the books I’ve written. I do hope you read it.