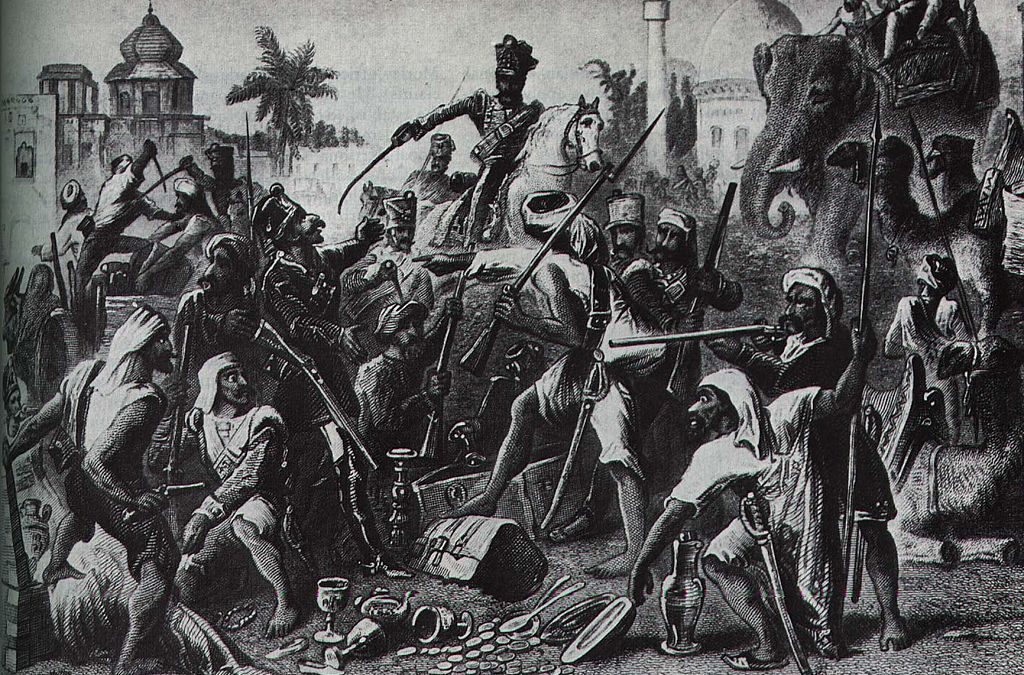 This week marks the anniversary of the start of the siege of Cawnpore, which became, in the eyes of the Europeans, one of the key events of what they called the Indian Mutiny. The Mutiny, as I described in an earlier blog post, started at Meerut on 10 May 1857. At first General Wheeler, the officer commanding the small European garrison at Cawnpore (now Kanpur) had hoped that the insurrection would not spread to the town, but as the situation seemed to be deteriorating in the countryside he took precautions, preparing what he called an Entrenchment in which civilians could shelter in the event of a rising.

The Entrenchment was an area of open ground of around 9 acres (3.6 hectares) which contained two barrack buildings. One was about 50 feet wide and 190 feet long, the other 60 feet wide and over 350 feet long. In addition there were some outhouses, a kitchen, a warehouse and a row of huts. The whole thing was surrounded by a shallow ditch and a rampart made from earth dug from the ditch. This was not a militarily defensible position, and was intended just as a temporary refuge while the problems with the local Indian population died down. The writer, Caroline Lindsay, was killed with her sister, Fanny, when the women and children who had survived the initial massacre were all murdered on 15th July. The list of deaths was found in the room where they died.

The story of the insurrection that we call the Mutiny is full of deeds of great valour as well as of great cruelty on both sides. On the anniversary of the siege of Cawnpore, though, I would like to remember the heroism of the defenders rather than dwelling (as most accounts do) on the horror of the massacre that concluded the siege.

Cawnpore is my favourite of all the books I’ve written. It provides a detailed account of the events leading up to the siege, the military action, and the subsequent massacres viewed from both sides. Until recently, Cawnpore was usually presented as illustrating the bravery of the British forces and the cruelty of the Indians. Nowadays it is as likely to be poor forward as an example of the way in which the Indians rose in a struggle for independence against a rapacious invader. In fact, the situation was more nuanced than either interpretation suggests. My book tries to reflect the moral ambiguities on both sides of the battle as well as providing a gripping, if depressing, read. It’s available on Amazon (and via Simon & Schuster in the USA) in both paperback and e-book versions.

For some reason the paperback can be hard to find on Amazon. If it doesn’t show up, click this link: amazon.co.uk/dp/1980539138