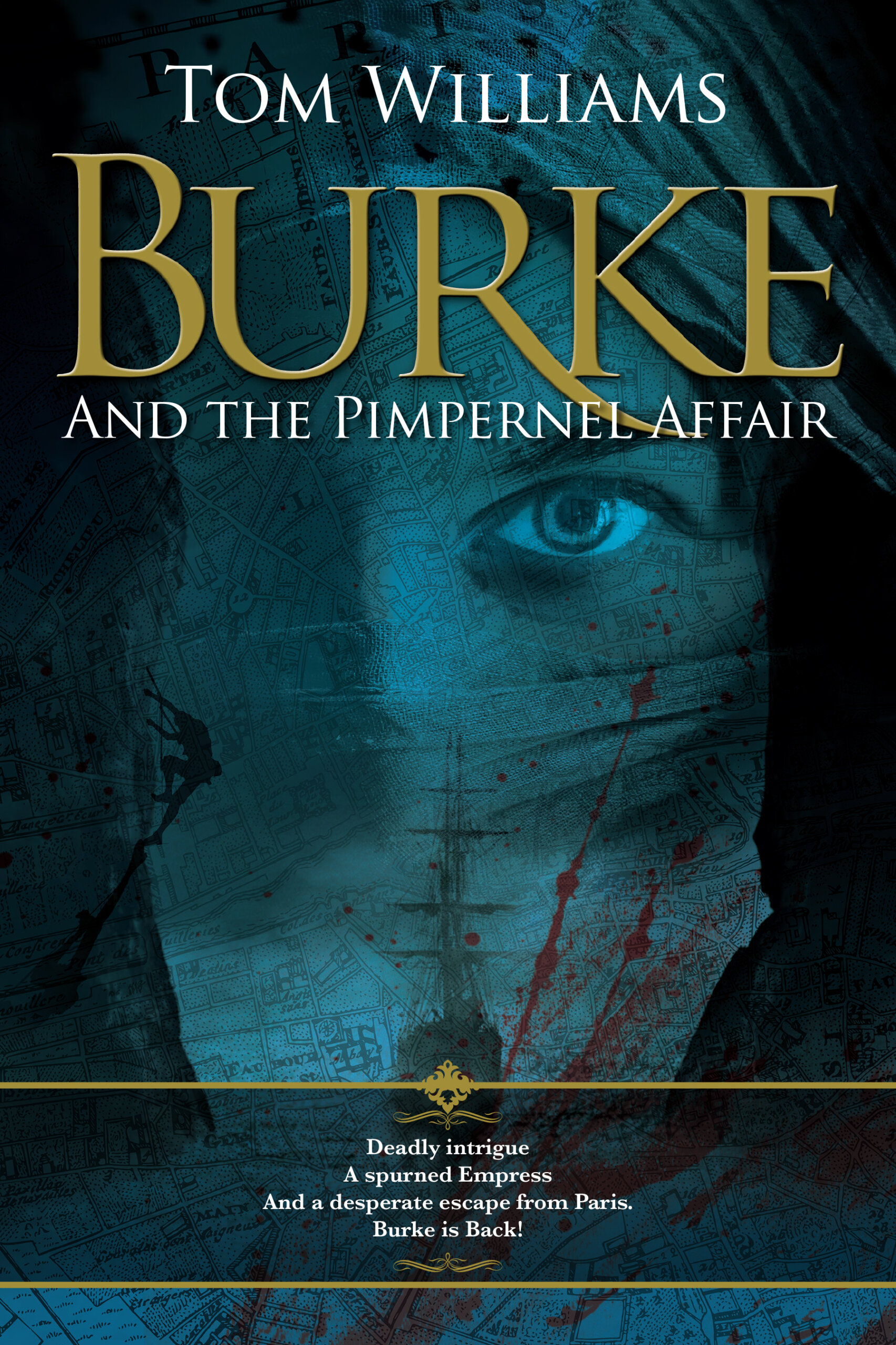 BURKE AND THE PIMPERNEL AFFAIR

After the very dark story of Burke in Ireland, I thought it was time to have something that was more frothy and fun. As a child I had enjoyed Baroness Orczy’s Scarlet Pimpernel stories and the idea of a story of a daring British agent freeing French prisoners from Paris gaols appealed. So that’s what I’ve written. It’s an outrageous spy story but with a surprising amount of historical fact hidden away in the froth. Paris in 1809 was a hotbed of espionage and counter-espionage with many attempts made to free British agents from captivity – many surprisingly successful.

Burke and the Pimpernel Affair is a relatively light-hearted story. The body count is in low single figures – practically bloodless by Burke standards – and there are the usual comic asides. It introduces quite a few real people who are fascinating characters in their own right: the odious Fouché as chief villain; Morel de Vindé, an aristocratic survivor of the revolution who could pretty well justify his own book; and, of course, the Empress Josephine, who was, in reality, much more than a silly woman who got lucky with Napoleon.

If you like solidly-based historical fiction that is written to entertain, this one is for you.

WHAT PEOPLE ARE SAYING ABOUT BURKE AND THE PIMPERNEL AFFAIR

“I could almost smell the putrid streets of the city and the woods in the country.“