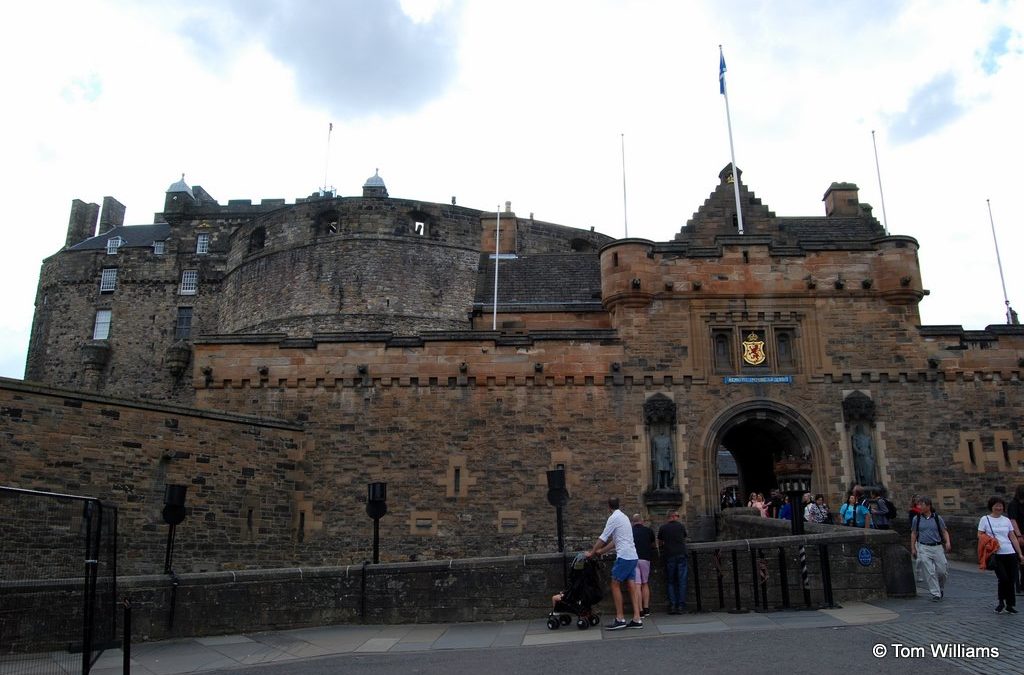 It’s been almost a month since I wrote about our little trip to Brussels and now I’m writing about another journey – this time in the UK, but actually quite considerably further in terms of miles.

Tammy had to go to a meeting in Edinburgh on Monday, so we made this an excuse to take a long weekend in Scotland. When our son was younger I used to take him walking on the West Highland Way. We didn’t try to the whole thing in one go, but would walk a few miles, camp overnight and then walk back next day. Gradually we covered the whole length of it from Rowardennan to Fort William. We never did the bit south of Rowardennan because it actually starts on the outskirts of Glasgow which didn’t seem particularly appealing. This year, though, Tammy and I decided that we would climb Ben Lomond. Our son is a grown man now and continually writing to us about the Munros (Scottish mountains over 3,000 feet or 914 m) that he has climbed. Tammy and I have only climbed one – albeit the biggest (Ben Nevis) – so we felt we had to make the effort. She chose Ben Lomond, which is supposed to be an easy climb and, at 3,195 feet, not too much of a challenge.

We arrived late on Thursday, having spent the day driving from London. It was still daylight, so the very helpful guy running the place we were staying suggested that we warm up with a quick stroll to the top of the Conic. It was only five minutes up the road and just 1,184 feet, so it seemed a nice thing to do before bed. I recommend it: there’s an easy path and you can make it to the top in less than an hour and you are rewarded with a lovely view of Loch Lomond. It seemed like a good way of preparing for a proper climb the next day, but, sadly, the next day Ben Lomond was hidden by cloud and, even if it had been safe to climb (which it probably was, to be honest), there seemed little point in going to such a fantastic viewpoint when there would be no view. No worries, said our host. Although there was a little light rain (it was Scotland after all) we could enjoy the sheltered walk from where we were staying at Balmaha to Rowardennan. It’s only eight miles and obviously much easier than doing a proper climb. So, innocently, we set off.

It is a lovely walk, running along the shores of one of the most beautiful lakes (lochs, if we restrict ourselves to Scotland) in Britain. What we had forgotten, though, is that, although it more or less parallels the shore, it spends much of his time just far enough away from the water’s edge to be continually climbing over ridges, small hills, the odd tiny cliff – well you get the picture. Those eight miles take most people around four hours and, of course, as we were walking in an area not notably well served by public transport, once we had got to Rowardennan we had to turn and walk eight miles back again. The loch is, indeed, beautiful, but by the time we got back to Balmaha our sad urban legs were definitely feeling it.

The next morning, of course, conditions for climbing Ben Lomond were ideal. We did wonder whether to chicken out, but in the end we decided to set off for Rowardennan again (this time by car) and climb from there to the top of the mountain.

I recommend it. We went up by the easy southern route and the views are spectacular. The northern route back down starts a little steep but the path below is gentle – just very, very long. We were both tired by now and, quite honestly, I was beginning to wish that Ben Lomond wasn’t quite so high, but we got there eventually and drove back to Balmaha and a well-deserved meal in the local pub.

That was enough exercise for one holiday, so now we could concentrate on what we always seem to end up doing, which was visiting historic sites. Our route back to Stirling took us reasonably close to Inchmahome Priory, so a side trip seemed in order.

I honestly wasn’t sure about the idea but the Priory stands on an uninhabited island in the middle of a lake and you get taken on and off by boat. (And it is a lake, not a loch as, probably because of a cartographical error in the early 19th century, it is officially the Lake of Menteith – the only “lake” in Scotland.) That seems different enough to justify the trip. The priory is hidden behind trees on the island on the left of the picture.

The place was originally built in the 13th century, but the Reformation meant that it declined and by 1606 it was in secular hands. What remains is a ruin, but enough stands to get a good idea of what it must have been like to live there. There were never that many priests living on the island, so the priory is unusually domestic in scale, making it much easier to imagine what it was like. The roofed building is the Chapter House, with the church to the left and living accommodation to the right.
The grassy square would have been the cloisters.

Onward to Stirling, the old capital of Scotland and home of a quite amazing castle. It’s remarkable less for its fortifications (though these are formidable) than for the architecture, which was built to impress. One of the factors that makes Stirling Castle so strong is the fact that it is built at the top of a steep hill. Even moving from one part of the castle to another involves quite a lot of climbing. We began to wish we hadn’t been so enthusiastic on Ben Lomond the day before.

An easy drive from Stirling to Edinburgh and the next day we took a break at the Scottish National Gallery  – a building notable for being built on the flat. (Actually, the people of Edinburgh had to do some serious groundwork to produce the flat land the Gallery stands on, but that’s another story.) I was amused to see someone had painted the very views we had enjoyed from Ben Lomond. Even here there was no escape from my current Napoleon fixation as there is a portrait of his mother hanging there. There was much more Napoleonic stuff in the Castle and I climbed yet another hill to see it. The castle is less impressive than Stirling, with less interesting apartments, though it was certainly strong with thick walls, huge gates and an array of gun platforms. What a pity those sneaky Scots climbed the rock by cover of darkness and captured it by cunning. The English got it back, of course, and it was the home garrison of Scottish regiments for hundreds of years, which means that there are now three excellent museums on the site and they house an astonishing amount of Napoleonic War material. My personal favourite is the Eagle that Ensign Ewart famously captured from the French at Waterloo. All good things must come to an end and the next morning we were heading south, with one last stop to admire Craignethan Castle. It was built by the man who designed the Royal Apartments at Stirling and, in its day, it was not just very grand but at the cutting edge of architectural innovation. Unfortunately the owners picked the wrong side in one of the wars that plagued 16th century Scotland and the huge defensive wall and ditch that had protected the castle were destroyed. Without these outer fortifications the grand building had no defences at all, which, paradoxically, meant it was kept safe as there was no military advantage in demolishing it. Eventually it was abandoned, but it remains in surprisingly good condition and well worth a visit. I hope you’ve found at least some of this interesting and perhaps been tempted to explore Scotland for yourself.

I don’t solicit donations on my blog and I don’t carry advertising. I didn’t even get paid by the Scottish Tourist Board. I don’t make a penny out of the blog, but I do try to earn a crust from my books. If you enjoy reading the blog, the only thing I would ask is that you buy one or more of the novels. The cheapest cost just 99p on Kindle. There is information on all my books, with buy links, on this website: http://tomwilliamsauthor.co.uk/my-books/

I would really appreciate it if you could occasionally contribute in this way.