A Palace of Peace 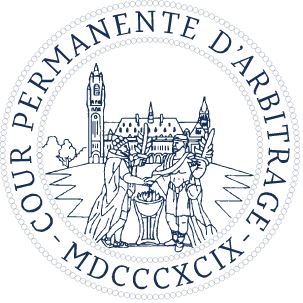 If you regularly read my Friday posts on this blog, you will have noticed that last week I was a day late. This is because on Friday I was away visiting Den Haag (The Hague). It’s a nice little town, quiet and pretty, but unless you are a fan of art galleries, there isn’t a great deal to interest the average tourist, so many visitors will end up visiting the famous model village at Madurodam. Personally, I wasn’t impressed (you can see my Trip Advisor review here) but it did feature quite a nice model of the Peace Palace. I recommend that model, because it’s the closest you are going to get to the real thing. The Peace Palace is another of the attractions that the guide books recommend to visitors. It was designed as a temple to peace. It is a place of stunning beauty with artworks from all over the world so that countries could provide a concrete gesture of their support for the idea that disputes could be resolved by arbitration rather than through warfare. The walls are covered with decorative tiling and the ceilings are elaborately painted.

For anyone interested in the history of the place, the first suggestion that there might be a mismatch between its ideals and the practical realities of the world comes with the fact that it was opened in 1913. The next year, of course, the First World War started.

Nowadays the Peace Palace is home to the International Court of Justice and the Permanent Court of Arbitration. Outside the gates is a little monument with stones from all the countries of the world that acknowledge the jurisdiction of these courts. There is an eternal flame – the flame of peace – that burns beside the road. It’s quite touching to see the way that people come to acknowledge the importance of peace at such a building.

I looked forward to seeing inside this beautiful place, which stood for something so important, or maybe exploring the gardens.

I was in Den Haag because my wife was attending a conference at the Peace Palace. I turned up with her that morning to see it. ‘Make sure you get there early,’ she’d been told. ‘The security can take a while.’ Guards looked at the underside of vehicles with mirrors; everything went through an x-ray machine. Her credentials and passport were checked – there was no question at all of my going in, even to get a glimpse of the entrance hall, but, still, there was always the visitor centre. ‘It opens at 11.00,’ a friendly guard told me.

So at 11.00 I was back and I went into the visitor centre, just outside the gates. There I saw photographs of the wonderful architecture and old film of Kaisers and Czars attending conferences there, negotiating peace for the world.

The route through the visitor centre leads to another entrance to the security gate I had been at earlier, but the door through was firmly locked. ‘There is no entrance to the Peace Palace or grounds,’ the notice said.

I trudged away through the snow (it had started snowing), past those optimistic shrines to peace. There was a peace tree, where people, ordinary people who had come, like me, to see the palace, had written their wishes for peace and attached them to the branches of a bare little tree just outside the gates.

The whole place is built for its symbolic impact, but the impact it had on me was not what the builders had intended. To me, it looked like a beautiful palace in which important men in big cars could meet in fantastic surroundings to talk about peace, though the world seems to be filled with war and rumours of war. Outside, ordinary people look through the gates, imagining the wonders of a place dedicated to peace and fastening their wishes to the peace tree – but they will never be allowed in. The wonders of the palace aren’t for them. They’re just the little people and the Palace of Peace can only be protected if walls and gates and security guards keep them safely outside. Peace, after all, is far too precious for everybody to have access to it.

I’ve heard that people can get in. My wife, for example, had presumably appreciated it. ‘Oh no,’ she said. ‘Our conference was held in a little annex round the back.’ Obviously she wasn’t important enough to share the rulers’ dreams of peace either. The real Peace Palace: outside looking in

NOTE: I’ve checked and it seems that the Palace is sometimes open for guided tours, this weekend being one of those special dates. Tours are limited to 20 people at a time. I don’t think this really changes the point I’m making.